Lola (Kate Nauta) is secondary antagonist in the 2005 film Transporter 2. Lola is a well known psychopath and the leader of a gang which specialized in kidnapping people.  At one time she posed as a nurse to kidnap Jack for a medical checkup.

Lola tries to seduce the hero only to be later killed by Martin when he kicked her into a spiked wall.  In the extended version on the DVD it shows the fight between Frank and Lola.  When Lola is killed and is hanging on the spikes, she has blood running down her lower chest and abdomen in two places. 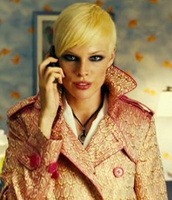 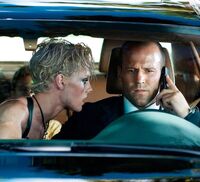 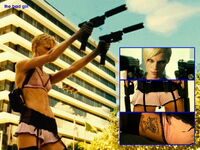 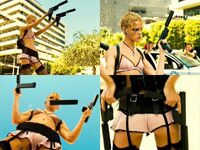 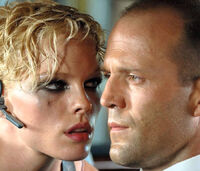 Add a photo to this gallery
Retrieved from "https://femalevillains.fandom.com/wiki/Lola_(Transporter_2)?oldid=194427"
Community content is available under CC-BY-SA unless otherwise noted.