The Female Villains Wiki
Register
Don't have an account?
Sign In
in: 1970s, Live Action Villainess, Spy,
and 7 more

She was a KGB henchwoman who is used as bait in the Soviet attempt to assassinate James Bond (Roger Moore).  She appears in the pre-credits of the film where she is making love to Bond in a log cabin located on the top of the French Alps.  As the two of them lie together on a fur rug, Bond receives a telex message on his watch ordering him to report back to MI6.

She pleads with him not to leave, as Bond is pulling on his clothes.  A group of four armed men approach the cabin on skis.  She continues to plead, saying “But, James, I need you”.  Bond responds with, “So does England”.

As soon as Bond leaves, it is revealed that she is working with the KGB.  She uses a radio transmitter from a nearby handbag, and informs the leader, KGB agent Sergei Barsov, that Bond has just left.  Barsov acknowledges the message, and leads in a chase sequence across the alps.  The girl is not seen again and her fate is unrevealed.

This unnamed girl was credited as “Log Cabin Girl” in the credits of the film, but as “Martine Blanchaud” in the novel by Ian Fleming.  Since the writer of the book and the film are one in the same, this was probably an oversight, or the footage of her being named did not make the cut.  It is noted, that her part in the book was a larger one than in the film. 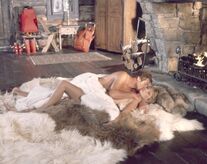 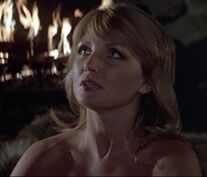 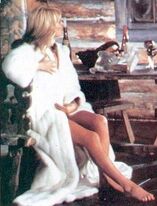 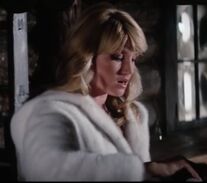 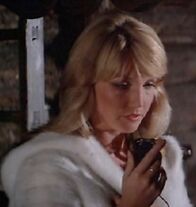 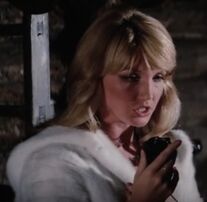 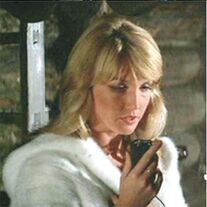 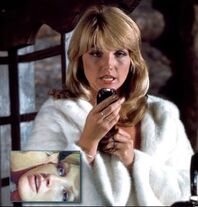 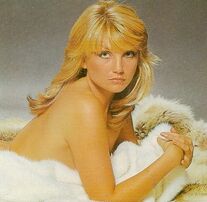 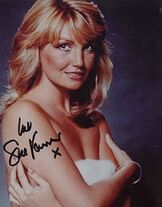