Ljuba is also known as “Lee-Wan”.  She is the wife of Karikan “Kin Khan” (Renato Terra).

Ljuba convinces General Chang to give the captured women to her as slaves.

Hercules “Maciste” (Mark Forest) comes to the rescue of Bianca, winning her freedom in a tournament in exchange for becoming a slave himself.

Forces from the West soon come to re-take Tuleda.  Hercules is freed from his bonds.  Bianca is recaptured and this does not go over well with Ljuba, since her husband is smitten with the princess.

Ljuba pretends to be Bianca and goes to Karikan while he is in a drunken state.  She confronts him, and he is more upset that it is not Bianca.  As a result, he stabs her and orders her out.

The mortally injured Ljuba, now mad as hell, heads for Hercules, who by now has been yoked in a nearby grotto to die.  She tells him that since the Mongols broke their word by reclaiming the Princess, that Hercules is under no obligation to be a slave.  Hercules breaks his chains with ease and heads back to the city to save the Princess and dispatch the three Genghis Khan’s sons. 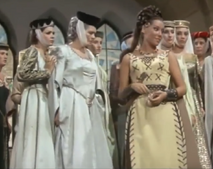 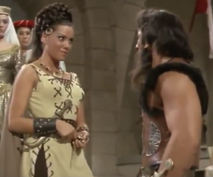 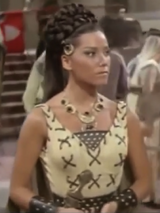 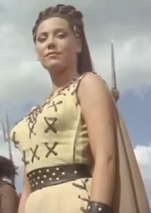 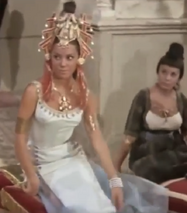 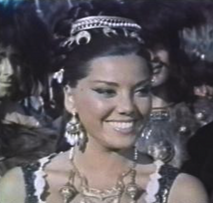 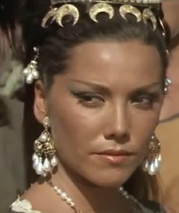 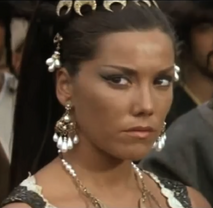 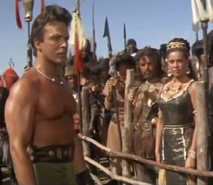 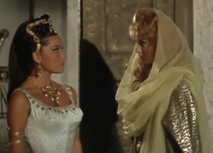 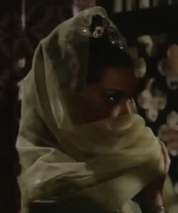 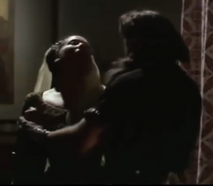 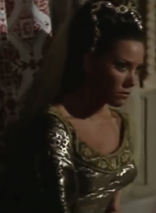 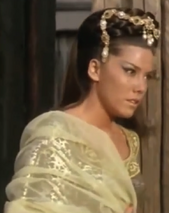 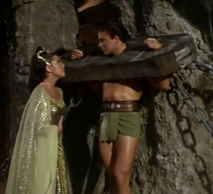 Add a photo to this gallery
​​​​​
Retrieved from "https://femalevillains.fandom.com/wiki/Ljuba_(Hercules_Against_the_Mongols)?oldid=182221"
Community content is available under CC-BY-SA unless otherwise noted.