Start a Wiki
watch 01:51
The Loop (TV)
Do you like this video?
Liz Kelly-Dixon (Michelle Johnson) was a villainess from "Split Second," episode 3.11 of Tales From the Crypt (airdate August 7, 1991). She was a promiscuous bar waitress and the wife of lumber camp owner Steve Dixon.

Liz met Steve while she was on the job, as he protected her from a male customer who was hitting on her. The couple later became husband and wife, with Liz moving into Steve's home near the camp. However, Liz became unsatisfied with her marriage as time flew by, and after her first encounter with Ted, a newly hired lumberjack, she began pursuing him.

Late one night, Liz made another pass at Ted, who turned down her advances before throws herself at him, forcing Ted to give in. After Steve caught them, the evil Liz falsely claimed that Ted was raping her, leading to the already insanely jealous Steve to brutally attack Ted; striking his head twice with an axe while the callous villainess watched.

Ted survived the attack, but was left permanently blinded. The rest of the lumberjacks avenged Ted, first by teaching him to saw logs. The next step had the group tie up and gag Steve and Liz into a pair of logs, with Liz watching in horror as Ted sawed Steve into three pieces. The episode ends with the assumption that Liz suffered the same fate. 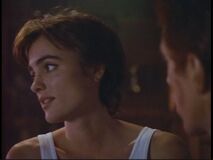 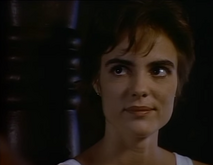 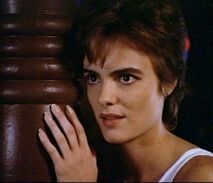 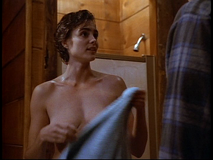 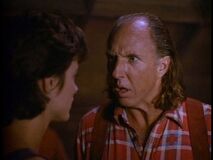 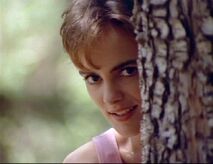 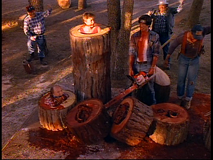 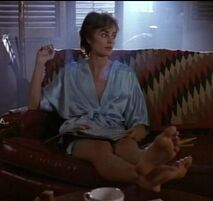 Add a photo to this gallery
Retrieved from "https://femalevillains.fandom.com/wiki/Liz_Kelly-Dixon_(Tales_From_the_Crypt)?oldid=137475"
Community content is available under CC-BY-SA unless otherwise noted.