The Female Villains Wiki
Register
Don't have an account?
Sign In
in: 1990s, Bare-Handed, Begged by Hero for Mercy,
and 31 more

Lisa Strahten (Erika Nann) is the primary antagonist of the 1993 film "Mind Twister".

The wife of psychiatrist Daniel Strahten she helps him with a session with Sheila while Daniel videotapes it. During the session she ties her down to the bed and then starts to whip her. As Sheila begs her to stop she then ballgags her. Sheila breaks free and attempts to escape after which Lisa kills her.

She is cheating on her husband as he barges in and sends her lover away. Daniel informs her that Heather Black (Suzee Slater) has become his patient and his visions have allowed him to remember things about the murder of Sheila, which makes Lisa believe she might have witnessed it but pushed it away. Daniel says he might confuse her about what she saw however Lisa wants to kill her. As they have sex she asks him about the adress where Heather lives.

Arriving at the house with a switchblade she realizes the address is not of Heather Black. Angry about this she mentions to Daniel she is going to kill Heather as she might be closing in on them. Lisa and Daniel agree that they will convince Heather to have sex with Lisa as part of her therapy.

They convince Heather and bring her to a special room where she agrees they will videotape it as it is custom during these kinds of sessions. They end up having sex while Daniel videotapes it. Lisa notices the same butterfly tattoo on Heather as Sheila. As she asks about it Heather panics and runs off as she says she can not handle the therapy session. Daniel pleads for her to stay however Heather leaves.

Taking chloroform and putting on a hooded cape Lisa follows her to a building and takes the elevator up. Listening on the door she hears Heather and another woman talking about their plan to take the killer of Sheila down, and that all three of them have the same tattoos. When Heather leaves to take a showever the other woman prepares to make a phone call. Lisa sneaks up on her and renders her unconscious with a chloroform soaked rag. Placing her head on the table, Lisa then batters her head with the telephone and crushes her skull. Throwing the body out of the window several levels down,  she then notices officer Hayley Quinn who saw the body fall and enters the building gun drawn.

Lisa attempts to get to Heather however the bathroom door is locked. Lisa hides as the officer searches the appartment and calls in reinforcements. As the officer takes the elevator down Lisa ambushes and kills her.

Lisa and Daniel get called by an unknown caller who tells them he knows the truth and they have to meet or he will go to the cops. The two drive to the meetingpoint. Lisa tells him she thinks it is a bluff and prepares a gun. Daniel is angry about what she did however she mentions she enjoyed the power when she killed them. Daniel takes the gun from her and they meet the guy. Talking to him they pretend they are not guilthy and tell him to go to the cops if he wants. As they get back Lisa tells him Heather must be responsible for this blackmail attempt.

Lisa and Daniel find Heather who watches the tape of her killing Sheila. As Daniel does not dare to shoot her Lisa attacks Heather and violently beats her up. Daniel attempts to pull her off, however she pushes him away and keeps beating on Heather. Roy gets in and starts to fight Daniel. As Roy manages to defeat Daniel Lisa picks up the gun and points it at him. As she is about to shoot him she gets shot by Richard Howland. Hit in the chest Lisa aims a shot at him but misses. He shoots her two more times and she falls down dead.

Lisa is a violent psychopath that experiences sadistic pleasure from violence. Lisa enjoys the rush of power when she is abusing or killing someone. Killing Sheila her behaviour quickly escalated and she was willing to kill anyone that could be a threat to her. While telling to Daniel she was doing it to cover for the killing of Sheila she seemed to take great pleasure from the kills. Her husband was able to calm her down and keep her from killing at certain moments. However she clearly dominated him in their relationship as she was able to make him help her by giving her information and even made him videotape her kill. 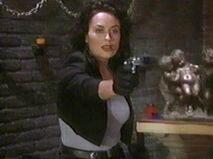 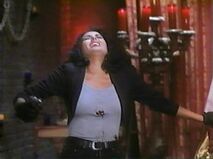 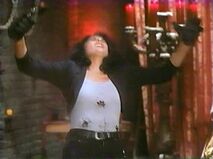 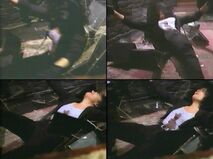 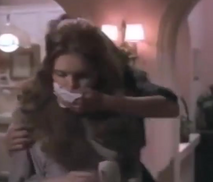 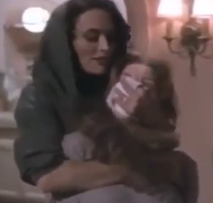