Lisa is an undercover KAOS Agent who is serving as the Assistant Curator in the Egyptian department of the Metropolitan Museum of Art (MET) in New York City. She is working under the Curator Dr. Ramsey (Laurie Main), who is also working for KAOS.

Maxwell Smart (Don Adams) has been assigned to investigate the disappearances of several CONTROL Agents from the Museum. While there he meets Lisa, and the two exchange pleasantries. She tells Max that there are some strange things going on at the Museum, and Max gives her his business card, which includes his number and address.

We then see Dr. Ramsey open up a shipping container in the form of a sarcophagus, but instead of it containing a priceless Egyptian mummy, it contains a KAOS Agent. KAOS is using this shipping device, to send out CONTROL Agents for interrogation, and returning the crates to New York with their own KAOS Agents. He receives a message that the next CONTROL agent to be sent to KAOS European Headquarters is Maxwell Smart.

While checking in with the Chief (Edward Platt), he receives a call from Lisa at the Museum. Lisa tells Max that she has some information for him, and Max agrees to meet her at his apartment that night. Dr. Ramsey is planning to have Lisa drug him and kidnap him so that he can be shipped for interrogation at European Headquarters.

After slipping the drugs in the drinks, Maxwell gets his own truth serum, which he intended to interrogate Lisa with, and Lisa drinks the drug that Max was suppose to drink, which knocks her out. He calls the Chief and says some unpleasant things about him, that he would only say if he were drugged. While he is on the phone, a KAOS agent comes into his apartment and knocks him out.

When Max is conscious, he is at the Museum, and Lisa is wrapping him like a mummy to be shipped in the sarcophagus. He is then injected with a chemical which will keep him rigid and completely comatose for a week, so that they can ship him.

When the Chief begins to struggle with Dr. Ramsey, Lisa attempts to pick up her gun. However, Agent 13 jumps out of the plant and prevents her. When she asks if he would hit a lady, he says no, and then Lisa promptly knocks him out. However, the Chief gains control and everyone is led away by Agent 13 to the authorities. 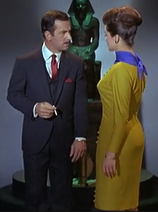 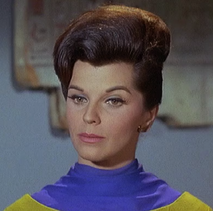 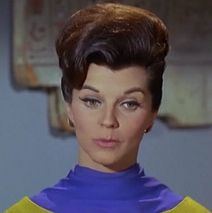 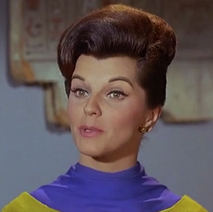 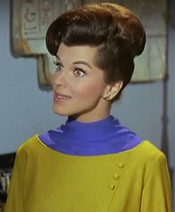 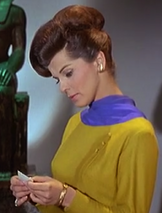 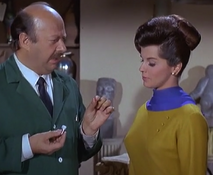 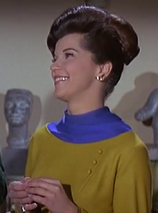 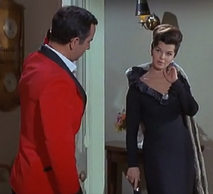 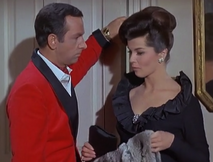 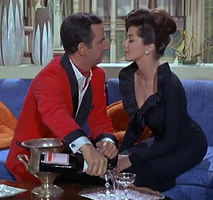 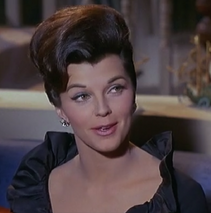 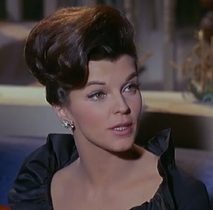 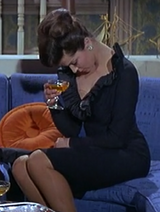 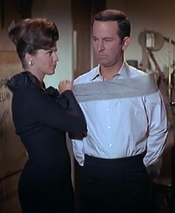 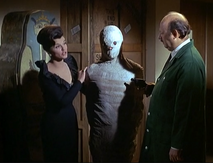 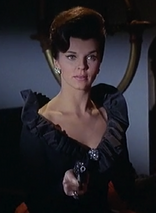 Lisa aims her gun at the Chief.

Lisa is forced to drop her gun.

Finding herself under arrest, Lisa glares angrily at her captors.

Desperate to evade arrest, Lisa tries to retrieve her weapon. 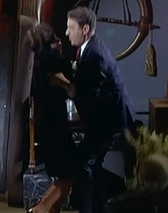 Lisa attempts to retrieve her gun, but is stopped by Agent 13.

Lisa asks Agent 13 if he would hit a lady. 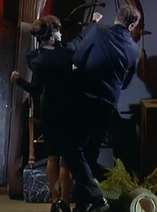 Not wanting to go to prison, Lisa seizes the opportunity to punch Agent 13. 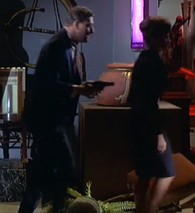 Lisa is finally placed under arrest and frogmarched away.

Lisa is led away into custody with Dr Ramsey.

Add a photo to this gallery
Retrieved from "https://femalevillains.fandom.com/wiki/Lisa_Smith_(Get_Smart)?oldid=219414"
Community content is available under CC-BY-SA unless otherwise noted.