Lisa Rockford (Sandra Hess), formerly known as Lisel Schumann was a villain who appeared in the 1995 episode "Super Mann" for the TV series "Lois and Clark: The New Adventures of Superman".

She was one of three Nazi officers who emerged from suspended animation to the present day United States to find that Nazi Germany had lost the war. Still devoted to the Nazi cause, they work to change America into a Nazi country with an organisation called the NSBA (National Society For A Better America) and again try to conquer the world.

She posed undercover as a fashion model until the right time emerged.

After finding out that Daily Planet reporters Lois Lane and Clark Kent were on to them, Lisa decided to eliminate them. Later that night she fires a LAW rocket at him from a van through the window of Lois' apartment. Clark in his alter-ego Superman catches the rocket harmlessly and seeks out the shooter sitting in the van. To avoid capture, Lisa bites a cyanide capsule and dies. 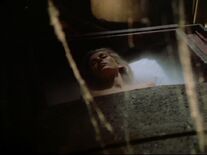 The Nazis emerge from their frozen cryo capsules. 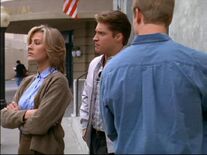 Disguised as modern Americans, they don't like what they see. 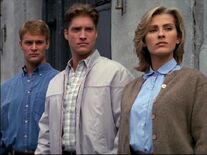 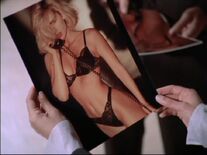 Lisa posing undercover as a model 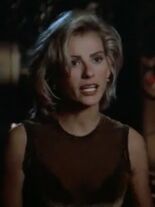 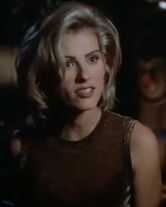 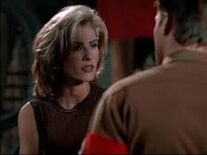 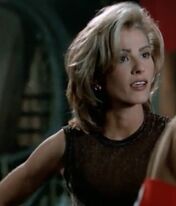 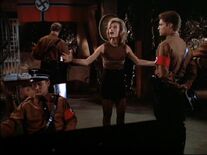 In their lair, the Nazis plan to take over the world. 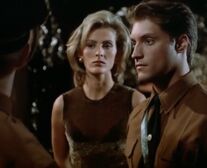 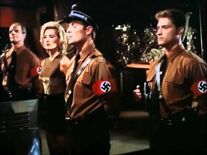 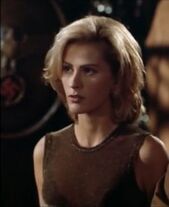 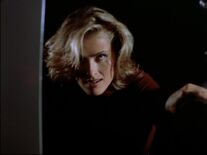 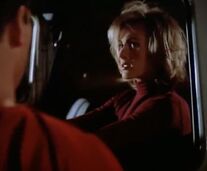 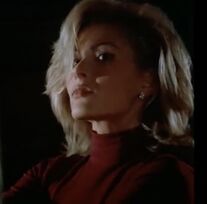 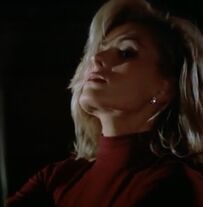 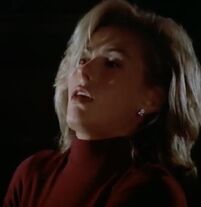 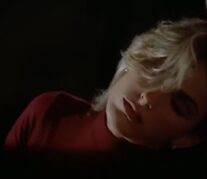 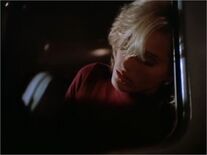 Add a photo to this gallery
Retrieved from "https://femalevillains.fandom.com/wiki/Lisa_Rockford_(Lois_%26_Clark)?oldid=196193"
Community content is available under CC-BY-SA unless otherwise noted.