Start a Wiki
watch 01:51
The Loop (TV)
Do you like this video?
Lisa (Catya Sassoon) is a henchwoman of villain Weiss in the 1992 martial arts movie "Bloodfist IV: Die Trying".

Lisa mostly uses her martial arts skills but also uses a switch-blade on several occasions, in one case slitting the throats of two criminals. She is first introduced while pretending to be on the hero's side, "filling in" for the babysitter (whom she had actually murdered and stuck in the closet). At this point she's wearing yoga pants, which show off her butt to great advantage while she tries to kick and knife the hero to death.

Once revealed as a villain, she mostly wears a black lycra unitard and thigh-length high-heel leather boots.

In one scene she encounters the hero's girlfriend in a bathroom and intends to kill her with a knife.  However, she is surprised by being sprayed in the face with deodorant and pushed back into a lounge chair as the girl makes her escape.

Near the end of the movie, she surprises the hero on a flight of stairs, kicking him in the chest while wearing her spiky thigh-boots. When he doubles over, she follows up with an axe kick, causing him to tumble down the stairs, stopping halfway in a heap. Lisa causally saunters down the stairs, then kicks the hero in the face as he is attempting to get up. This sends him tumbling down the rest of the stairs to the floor. Lisa grabs him by the hair and knees him in the face, then uses a variety of kicks and punches, sending him into the wall. Finally there is a close-up of her kicking him in the nuts and then trying to stab him with her switch-blade. She misses and he knocks her unconscious and we last see her lying motionless on the floor. 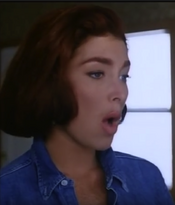 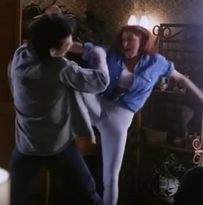 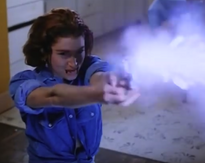 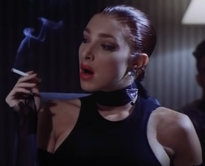 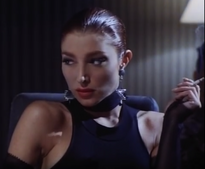 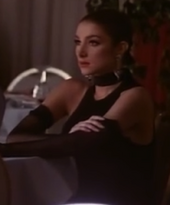 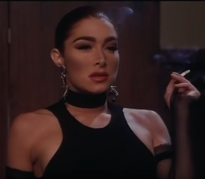 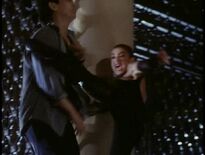 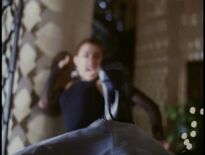 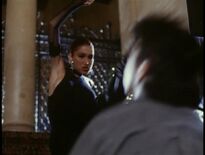 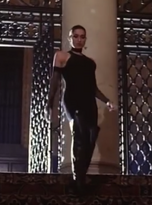 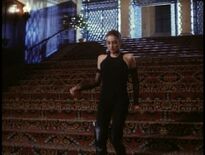 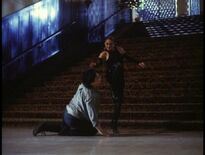 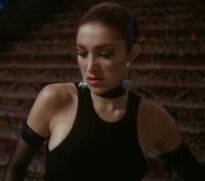 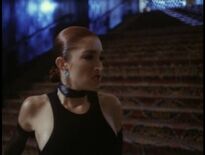 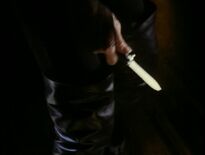 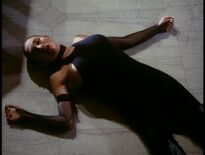 Add a photo to this gallery
Retrieved from "https://femalevillains.fandom.com/wiki/Lisa_(Bloodfist_IV:_Die_Trying)?oldid=147775"
Community content is available under CC-BY-SA unless otherwise noted.