Linda Lash is Koga Shuko's primary henchwoman in the 1994 film, Double Dragon, which is loosely based on the video game of the same title. She is played by Kristina Wagner.

Throughout the movie, she assists her boss, Koga Shuko (Robert Patrick) in combating the two main protagonists. One scene sees her helping Shuko set fire to a building to kill the two heroes. She tries to leave before getting shoulder bumped by one of the protagonists.

Shuko is seen reprimanding his minions and Lash is dismissed with the rest of them. However, her boss regards her highly as seen when Shuko says, "No. Lash, you stay." Her initial disappointment is changed to joy as she flashes him a smile and turns around.

Another scene involves her using her signature whip from the original video game to tangle up her enemies. She also uses a yari (Samurai spear) to try to take down one of the main character's father. She has the other hand on him and smiles wickedley but her smile quickly vanishes into shock when a table falls on her and she is knocked out.

In the battle finale, she mainly battles Marian Delario (Alyssa Milano) with her whip. Again, she has the upper hand and struts over to Marian. However, her whip gets caught around a pole and Marian cuts it with a bolt, which leads to a very nice look of impending doom on the lovely villainess. This leads to Marian knocking this villainess out cold with a single punch. She is later seen blowing her hair and contemptuously admitting defeat while being tied up to a pole by Marian. The movie furthers her comeuppance by showing her waking up (tied to said pole), only to be knocked out again by a stray punch by a random do gooder. She is seen tied up against said pole for the rest of the movie.

She is presumably arrested along with Koga Shuko by the end of the movie.

Our first shot of the henchwoman 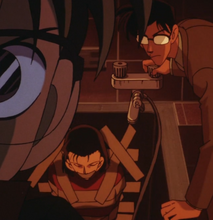 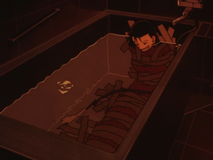 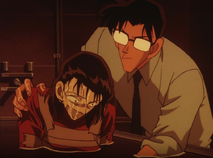 Trying to charm the officer with bribery 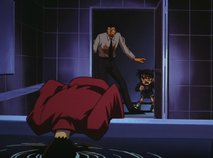 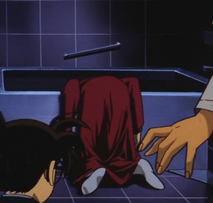 An intense fight with the cop and the bad girl

Knocked out by the table

But disaster strikes for the girl

There goes her favorite weapon... 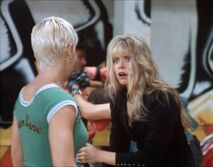 An uppercut to dreamland 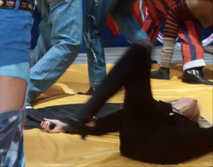 Out for the count... 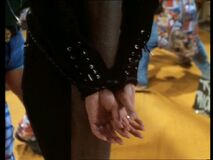 Being tied up with her own whip. 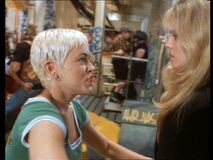 Mocked by the heroine.

And waking up to more brawling

"Back to sleep for you!"

Linda is knocked out and ready for some jailtime

5 minutes after, and she is still knocked out and tied to the pole (on the left)

Retrieved from "https://femalevillains.fandom.com/wiki/Linda_Lash_(Double_Dragon)?oldid=202185"
Community content is available under CC-BY-SA unless otherwise noted.