Start a Wiki
watch 01:50
The Loop (TV)
Do you like this video?
Linda Lamentiere (Joan Huntington) is a THRUSH operative in the 1966 episode "The Off-Broadway Affair" for the TV series "The Man From U.N.C.L.E."

Eileen Osborne (Peggy Taylor) was the lead actress in an off Broadway production musical. She was killed by THRUSH agents because she tried to warn U.N.C.L.E. that THRUSH was doing some threatening things at the theatre. As a result, the producer, David X. Machina (Leon Askin) chooses Linda to replace the lead actress.

The sultry Linda is dressed in all black outfits throughout the episode. In the actual performance she wears a black leotard with black nylons that has a print design on them. The outfit definitely enhances her gorgeous figure and long slinky legs. Later we see the brunette wearing various black dresses and smoking a cigarette out of a long holder. She wore black boots with her black dress.

When Napoleon Solo (Robert Vaughn) and Illya Kuryakin (David McCallum) attempt to find out what is going on, they discover that THRUSH has compromised U.N.C.L.E.'s security, and tapped into their heavily guarded subterranean computer. Illya disguises himself as a plumber and snoops around backstage, while Napoleon also does what he can.

The theater is located only a couple of blocks from U.N.C.L.E. headquarters, and they were using the building as a bridge to get access to the computer.

This is when we first see that Linda is involved in THRUSH. She and Machina grow suspicious of Napoleon, so they send goons after him, who knock him out. They tie him up, and dump in the lake at Central Park. Napoleon manages to send a distress signal to Illya, who arrives in time to pull him out of the water. With Napoleon's cover blown, they have Illya pose as an actor, while Napoleon a changes his appearance and becomes a big name talent scout.

Illya is caught sneaking in Linda's dressing room. Linda and Machina wonder what to do with him. Linda proposes killing him. "Pity", she says. "He was the best thing in the show." Instead, Adolph, a henchmen, takes Illya to a decoy computer. Illya thinking this is how THRUSH has been siphoning information from the U.N.C.L.E.'s computer. Illya destroys the computer, and then figures out that it wasn't the real one.

Napoleon teams up with Janet Jerrod (Shari Lewis), one of the other actresses, to find the other computer. Janet went into Linda's dressing room and with the aid of a tiny mouse, drove her out. Linda was completely broken up at the site of this small little rodent. Illya then snuck into the dressing room in the confusion and found a secret elevator in the closet, which took him down to THRUSH's subterranean lair, where the real computer was located.

Machina and Linda then ambush Illya. A fight breaks out, and the lovely Linda is shot and killed. With Linda now dead, Machine forces Janet to go onstage in her place, while keeping Illya tied up in the subterranean lair.

Napoleon then destroys the computer, frees Illya, and Machina and the goons are captured. 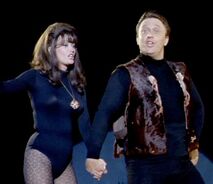 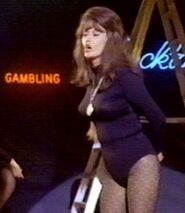 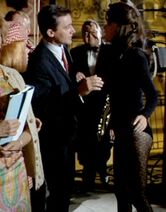 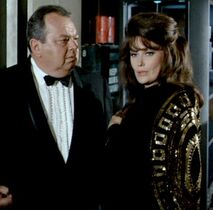 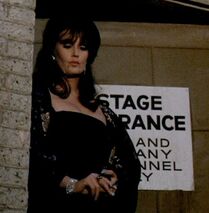 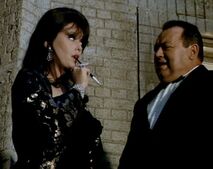 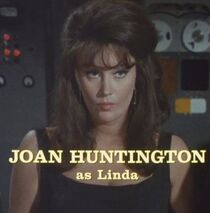 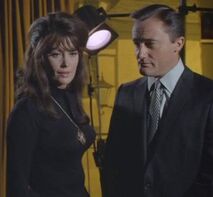 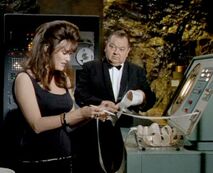 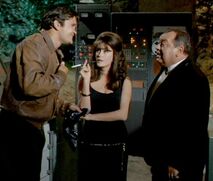 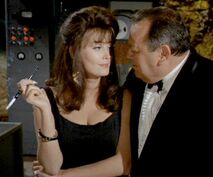 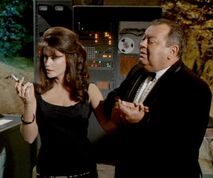 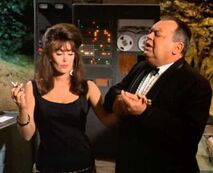 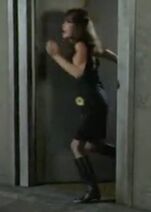 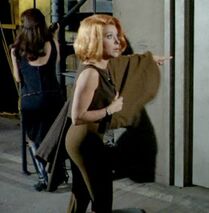 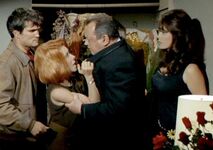 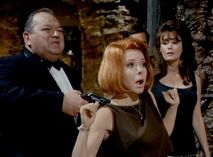 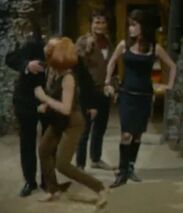 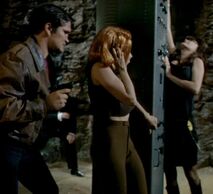 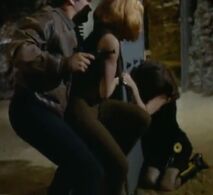 Add a photo to this gallery
Retrieved from "https://femalevillains.fandom.com/wiki/Linda_Lamentiere_(The_Man_From_U.N.C.L.E.)?oldid=192050"
Community content is available under CC-BY-SA unless otherwise noted.