Start a Wiki
watch 01:48
The Loop (TV)
Do you like this video?
Linda Idleton (Rya Kihlstedt) is a hidden villainess from "Sins of the Father," episode 9.10 of NCIS (airdate November 22, 2011). She is a secretary at a land development company run by former Navy Lieutenant Dean Massey and his lawyer, Morgan Hunt.

One year after being hired at the company, Linda began a romantic relationship with Morgan, who was informed by Dean that he would be removed as his lawyer and executor of his estate. The argument was shown on video following Dean's confrontation with Anthony DiNozzo, Sr, and after that, Morgan planned to kill his former partner. Linda became a conspirator in her lover's plan, which had her erase Dean and Morgan's argument from the video.

After fulfilling that phase of the scheme, the evil Linda seduced Anthony at a nearby bar and drove him to Stony Ridge, the site of Dean's latest development with Anthony. It was at that same location that Morgan killed Dean with Anthony's expensive bottle of wine, and after Linda slipped Anthony a roofie, the villainous couple placed Dean's body in the trunk of the car to frame the elder DiNozzo. For obvious reasons, Anthony "Tony" DiNozzo, Jr., was ordered off the case by Leroy Jethro Gibbs, but in the episode's climax, Tony would reveal Linda as a villainess during his visit to that same bar.

Tony was informed that his father was seen with a young woman, and when he texted the photo of the pair to Timothy McGee, it showed Anthony with Linda, marking her reveal. Gibbs and his NCIS crew interrogated Linda at the office, where the villainess confessed to her role in the murderous conspiracy. Linda also revealed that she kept a copy of her own in case Morgan turned against her, and she gave the copy to Ziva David to successfully take down Morgan. Regarding Linda, she was also arrested (off-screen) for her role in the scheme. 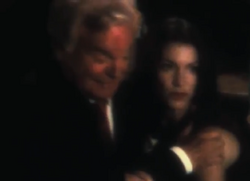 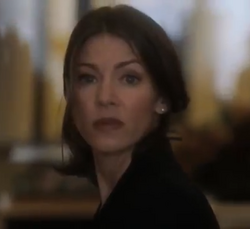 Linda during her reveal
Add a photo to this gallery
Retrieved from "https://femalevillains.fandom.com/wiki/Linda_Idleton_(NCIS)?oldid=181079"
Community content is available under CC-BY-SA unless otherwise noted.