Leslie Smythe-Beddoes (Ruta Lee) was a villainess in the 1969 episode Who Stole My Copy of Mein Kampf? for the TV series "Hogan's Heroes".  Ruta Lee was one of the most glamours villainesses of the 1950s and 60s. Leslie Smythe-Beddoes a beautiful British Nazi who has defected to Germany and broadcasts for the enemy.

Escaping her punishment in England by defecting to Germany, Miss Smythe-Beddoes works for the German radio, under the tutelage of Col. Sitzer (Alan Oppenheimer).

Col. Robert Hogan (Bob Crane) and his men receive a coded message ordering them to 'silence' her. Wrongly believing at first that she is a man, Hogan contrives an assassination scheme, but calls it off once he learns the target is female.

Hogan learns that Leslie is going to present Col. Wilhelm Klink (Werner Klemperer) with an award on live radio, and tricks her into believing that he has accepted Nazi beliefs while in prison. She agrees to interview him on the same broadcast.

During the live broadcast, heard by the Fuehrer himself, Hogan makes himself a caricature of a Nazi traitor. Leslie's superior cuts off the broadcast and informs her that SHE is the one in trouble for this fiasco, and she has used up her usefulness for the Nazi party.

The scene ends with Col. Sitzer speaking on the phone to his own superior, as Leslie nervously awaits word. He tells her that the Fuhrer recommends that she be placed in the custody of the gestapo immeditely, and she gasps and sinks, defeated into a chair. 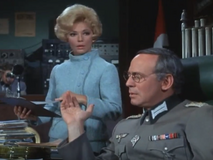 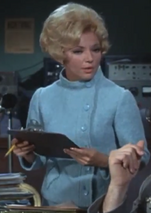 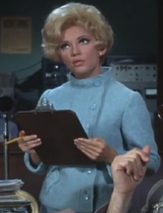 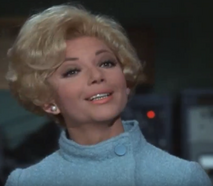 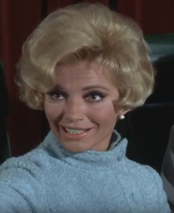 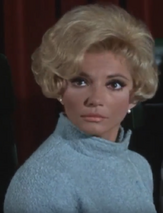 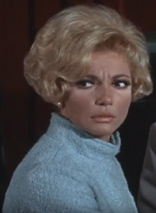 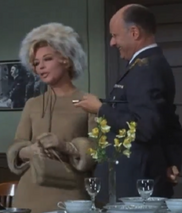 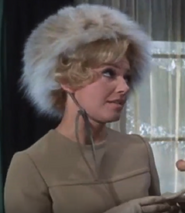 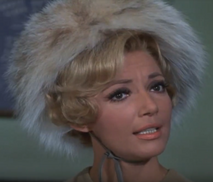 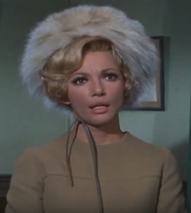 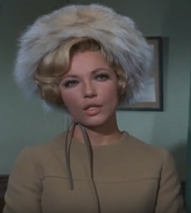 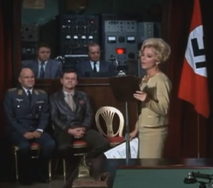 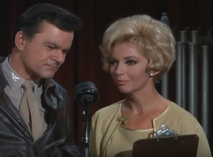 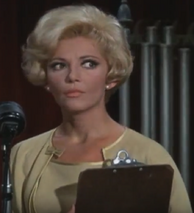 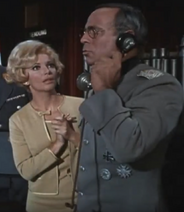 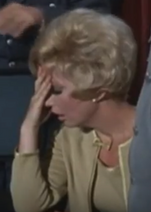 Add a photo to this gallery
Retrieved from "https://femalevillains.fandom.com/wiki/Leslie_Smythe-Beddoes_(Hogan%27s_Heroes)?oldid=119909"
Community content is available under CC-BY-SA unless otherwise noted.