Start a Wiki
watch 01:48
The Loop (TV)
Do you like this video?
Lena Harper (Isabel Lucas) is the main villainess from the 2015 film, Careful What You Wish For. She is the wife of wealthy entrepreneur Elliott Harper.

Lena drew attention from the film's main protagonist, Doug Martin, as he spotted the couple fighting in their home next door. Their first encounter had Doug saving Lena from a spider, after which Lena acted flirtatious towards him. Later on, Doug helped Lena get into her house after she was locked out, doing so by breaking a window and entering through so he could open the door from the inside. It was after this point that Doug and Lena began making out with each other, leading to an affair.

After their first tryst, Lena informed Doug that he had to keep their relationship secret, with Doug acquiescing. Part of their secrecy had the two of them communicating with untraceable phones, and this included Lena sending Doug a distress message, with Doug entering the home and seeing Elliott dead. Lena claimed that the two were fighting and it led to her accidentally kiling Elliott. Doug covered up for Lena, but he and Lena were under suspicion when insurance agent Angela Alvarez entered the town to investigate.

The investigation's progression began to reveal that Lena actually killed Elliott intentionally, using a fire extinguisher as a weapon, as it was revealed that she would receive a $10 million insurance payout. Doug ended up under suspicion when Lena claimed that a stalker smashed her window, and in addition, the evil Lena shot and killed her gardener, as he witnessed her and Doug together. After Doug revealed his relationship to his best friend, Carson, he went to get the phones, only to find Lena, who added that she already got them. The villainess began tearing her dress and screamed in panic, setting up Doug as her attacker, leading to Angela breaking things up.

Lena's evil scheme appeared to be foiled when Doug presented the phones to Angela as evidence of a consensual relationship. Angela took Lena and handcuffed Doug to the bed, telling him not to do anything dumb, but afterwards, Doug saw Angela's gestures and the matching half-heart tattoos on both women--revealing that they were lovers and Angela was helping her escape. Lena dropped off the phone before she and Angela drove out of town, leaving Doug to be arrested and convicted, though he got out due to the evidence. As for Lena, the film ended with the indication that she and Angela were still on the run. 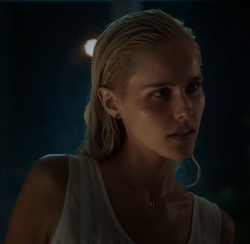 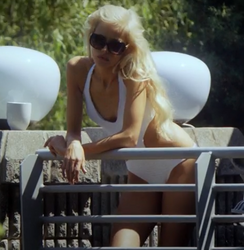 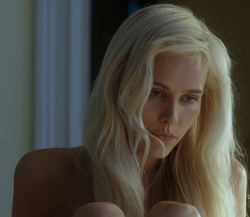 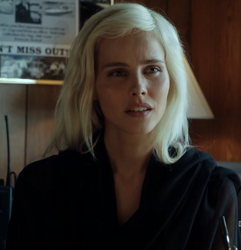 Add a photo to this gallery
Retrieved from "https://femalevillains.fandom.com/wiki/Lena_Harper_(Careful_What_You_Wish_For)?oldid=206275"
Community content is available under CC-BY-SA unless otherwise noted.