Lena Drago (Stacie Randall) was one of the antagonists in the 1995 film, "Dream a Little Dream 2".

The two protagonists of the movie, Bobby Keller (Corey Feldman) and Dinger Holfield (Corey Haim) received on their doorstep two pairs of sunglasses. The glasses come with a letter, but Dinger accidentally spills coke on it and they are unable to read the instructions. These sunglasses have mystical powers. When wearing one pair of the shades, the wearer can cause the wearer of the second pair to do whatever he or she puts their mind to do. Not only that, but even after taking the glasses off, the wearer will have dreams that predict the future. This is where Lena comes in the picture, as both Corey's see Lena in their dreams later that night.

The following day, the evil Lena comes into contact with both of them. First she shows up at Bobby's house, wearing a purple blazer and short matching skirt. She has purple thigh high stockings on with a garter belt, which we notice when she sits down. Her brunette hair is worn back in a sort of ponytail. We find out that she used to work with Coleman Etinger (Jason Robards), who appeared in the first movie. They worked on making sunglasses together and wanted them back. Bobby is quickly seduced by the stunning Lena, who handcuffs and blindfolds him to his bed while he thinks he is going to engage with her in kinky sex. She leaves him there stranded and walks out.

Next she goes to the sunglasses store as Dinger is closing the shop. She convinces him to open it up again and then locks him in the storage closet. Before leaving him there he steals the glasses.

Lena is attempting to sell the glasses to Mr. McVie (Robert Costanzo). There is an additional person, Little Tim (Tom McCleister) after the glasses as well, which we will see later.

Bobby and Dinger's sister, Rachel (Robyn Lively) go snooping around Lena's hotel room to try to locate the glasses. When Lena shows up to her hotel room with Mr. McVie, Bobby and Rachel hide under the bed. Lena proceeds to demonstrate the glasses by having Mr. McVie put on the glasses and within no time, he has stripped to his boxers without him knowing it. He is sold on the power of the glasses and immediately wants them. He is willing to pay $5 million dollars for them. As a show of good faith, she agrees to allow him to wear the glasses, and the two of them have passionate sex on the bed while Bobby and Rachel are still under the bed.

Dinger has another dream while in jail, in which he sees the future. In the dream he is on top of a roof along with Bobby and Rachel, and Bobby is about to shoot Dinger. He wakes up, and with the help of his cellmate, performs a sort of trance to communicate with Bobby. Bobby has a dream while under the bed, in which he receives the message from Dinger.

Robyn shows up as maid service to Lena's room. Lena is wearing nothing but a towel. She distract Lena while Bobby steals the glasses behind her back. When they are getting into their car, they are held at gunpoint by Little Tim. He brings them back up to Lena's room, but the two of them get away before going in. We see Lena now wearing nothing but her purple lingerie, since she did not have time to get completely dressed. She sees Little Tim and ducks back into her room to get dressed. Then she tracks down Little Tim and knocks him out. She then takes Bobby and Robyn at gunpoint and handcuffs them to the dresser. She then pistol whips Bobby before leaving them inside the locked room. Some service guys help them get out of the cuffs. Little Tim also wakes up from being knocked out. We next see Mr. McVie handing over a suitcase of money to Lena on the roof. Bobby and Rachel show up claiming to have the real glasses. He then knocks the the glasses that Mr. McVie onto the ground and a mad scramble ensues with all the glasses mixed up. Mr. McVie, Lena and Bobby all grab glasses and put them on, hoping to have the powerful glasses in order to control the others. Lena pulls out her gun, and tells everyone to "hold it right now. There's only one thing left to do....sit here and not move....till the cops come to haul my ass to jail". Obviously, she did not win the lucky sweepstakes of getting the power glasses. She proceeds to point the pistol at her own head. Then Little Tim shows up pointing his gun at everyone. He grabs the glasses off of Bobby and puts them on. He then tells Lena to take off hers and have Bobby put them on. From here he tells Bobby to shoot all three of them and then turn the gun on himself. However, Bobby is able to fight the trance by the help of Dinger and the inmate in the prison cell channeling him to "know his heart, know his will". He shoots Little Tim in the knee. Lena is led off to jail offscreen. Bobby destroys the glasses and wins the love of Robyn which marks the end of the movie. 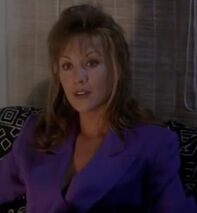 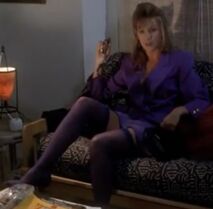 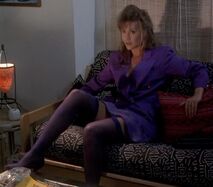 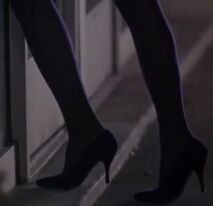 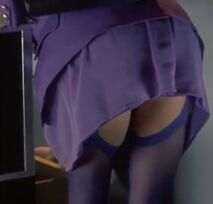 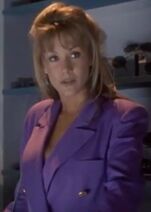 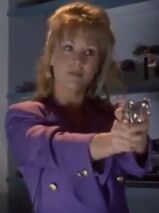 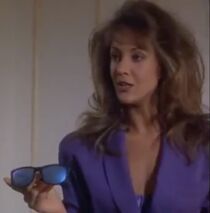 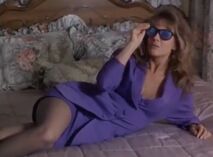 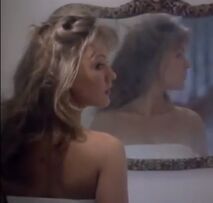 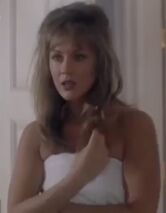 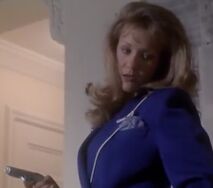 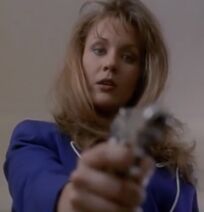 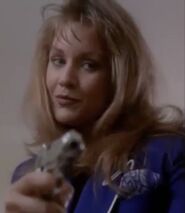 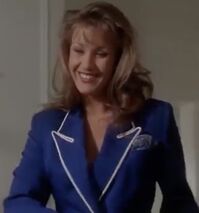 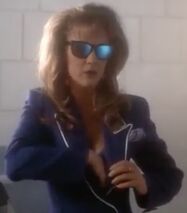 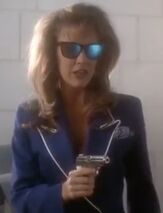 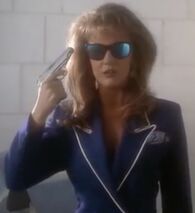 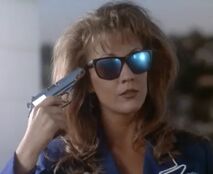 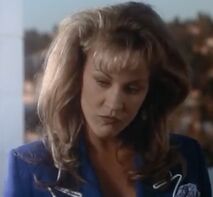 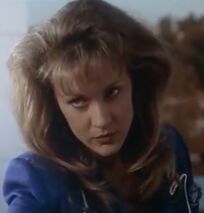 Add a photo to this gallery
Retrieved from "https://femalevillains.fandom.com/wiki/Lena_Drago_(Dream_a_Little_Dream_2)?oldid=143196"
Community content is available under CC-BY-SA unless otherwise noted.