Start a Wiki
watch 01:51
The Loop (TV)
Do you like this video?
Leila Mandell, the actress model, agreed to help Bill Wolfram rob people on the street. She led a rich man into a dark alley and Bill killed him. She did not know that Bill would kill him. Leila decided not to communicate with Bill anymore. After the murder, she saw a business card on the sidewalk. Leila took it with interest and saw that it belonged to the artist Count Damon. Eagerly, she waited for the next morning to go to work for him. In the morning the count met her and showed her his strange pictures. Among which was a portrait of a man killed that night. In fact, the count was a demon who changed the fate of people after drawing their portraits. The night murder scene scared Leila and she wanted to leave. But the count told her that the young lord Julius Keary-Manton will now come to him. And then Leila agreed to stay. While the count was drawing a portrait of Leila, the young Lord Julius came. He immediately liked Leyla and he invited her on a date. In a few weeks they got married. Some time after the wedding Bill Wolfram came to Leila and wanted to blackmail her. Leila pretended to agree to pay Bill, but in fact took him to the secret door and threw him into the river. This murder was seen by a maid who wanted to tell everything to Lord Julius. Leila began to choke the maid and wanted to throw her into the secret door. But at that moment her husband came home. She heard his concerned voice and decide to kill the maid with a knife. When Julius went down to the basement and saw the body of the maid, he began to turn into a werewolf from the sight of human blood. An ancient curse was imposed on his family and all members of his aristocratic family turned into werewolves at the sight of human blood. At first, he began to eat the body of a murdered maid, and then ran after Leila, who was trying to escape. At this point, the count with the help of a magic brush ended the fate of Leila and her husband. When Julius turned into a man again and saw that he had killed his own wife, he tried to throw her body into the river. He slipped on the wet steps and drowned with the body of his young wife.
Leila Mandell appears in the story “Paint a Picture in Crimson” in the series Baffing Mysteries 12 1952 by publisher Ace Magazine. 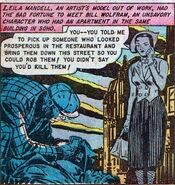 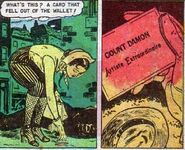 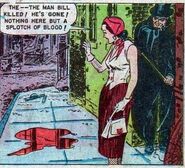 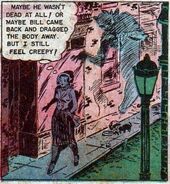 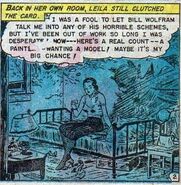 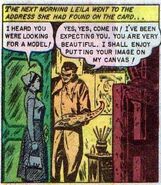 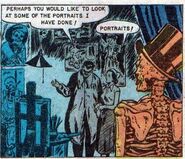 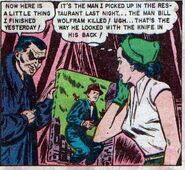 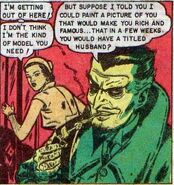 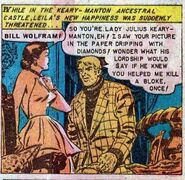 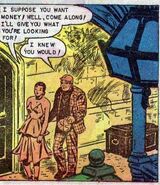 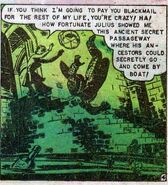 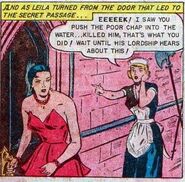 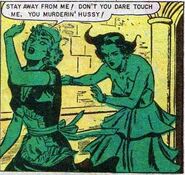 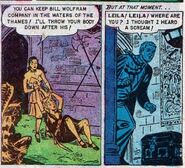 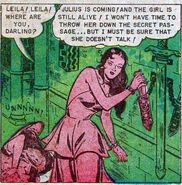 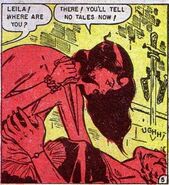 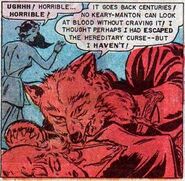 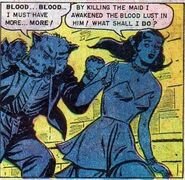 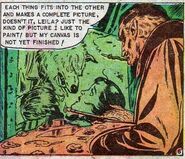 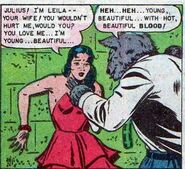 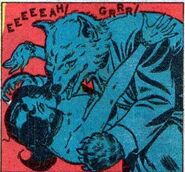 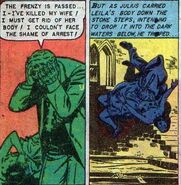 Add a photo to this gallery
Retrieved from "https://femalevillains.fandom.com/wiki/Leila_Mandell_(Baffing_Mysteries)?oldid=169273"
Community content is available under CC-BY-SA unless otherwise noted.