Start a Wiki
watch 01:51
The Loop (TV)
Do you like this video?
Layla Simmons (Jodi Lyn O'Keefe) was a villainess from the 2004 film, Vampires:  Out For Blood.

Layla Simmons was originally reported missing without a trace, until protagonist Hank Helton discovered her at a nightclub. The club is revealed to be a haven for vampires, and Hank is shocked to discover that Layla is a vampire herself. Later in the film, the evil Layla encountered Hank once again, and attempted to seduce Hank, all the while displaying her vampire fangs and features. She and her male vampire accomplice, later went after Hank and his ex-wife, Susan Hastings, in a hotel room, but they were fought off. While searching for Susan (who was taken by the master vampire, Hank finds Layla in her resting place, and gets Susan's location out of her before killing her with a wooden stake. 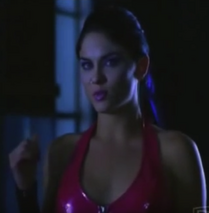 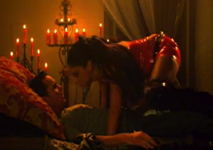 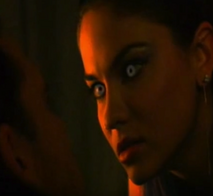 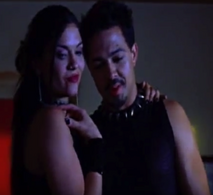 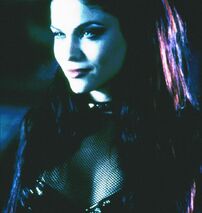 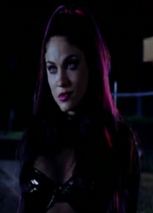 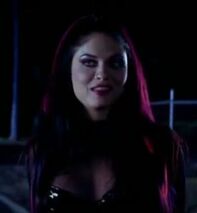 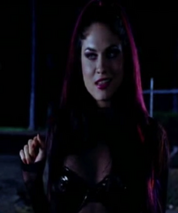 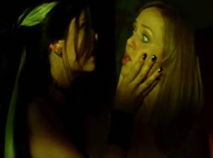 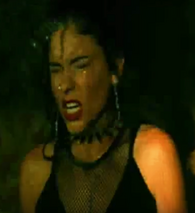 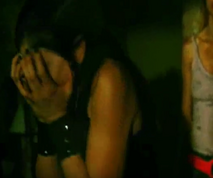 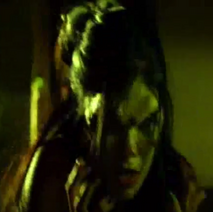 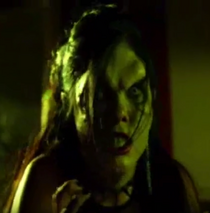 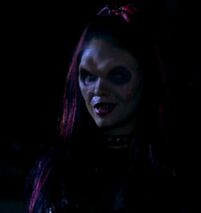 Layla in her vampire form 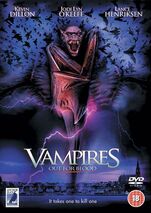 Add a photo to this gallery
Retrieved from "https://femalevillains.fandom.com/wiki/Layla_Simmons_(Vampires:_Out_For_Blood)?oldid=172551"
Community content is available under CC-BY-SA unless otherwise noted.