Lash was a seductive, leather-clad baddie, who is a member of a gang headed by Red Eye (Andrew Divoff), a reptilian outlaw who can regenerate limbs. The gang are futuristic desperadoes that have their sight set on turning the tumbleweed town of Oblivion into their own private playgound.

Oblivion is set in the year 3031, and resembled the Old West, with a futuristic flavor.

The gang begins by murdering the town's Marshal Stone (Mike Genovese), and disabling his cyborg deputy, Stell (Meg Foster). Red Eye and his cronies begin to bully and persuade the townspeaople into allowing him to take over the town.

Marshal Stone's son, Zack Stone (Richard Joseph Paul) returns to town and confronts the gang. Zack is able to chase Red Eye out of town and bring the town back to order. 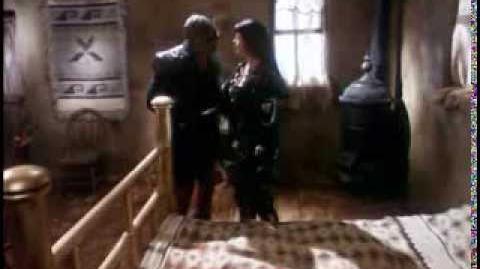 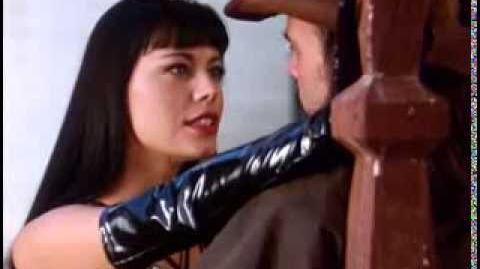 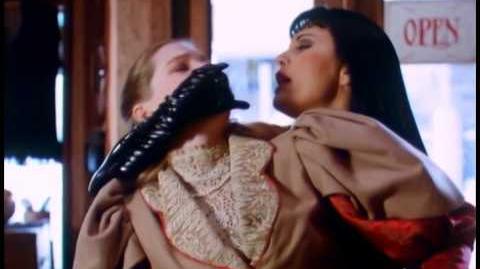 Bad Girl Lash (3)
Add a photo to this gallery 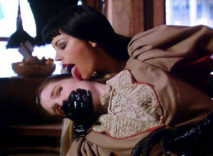 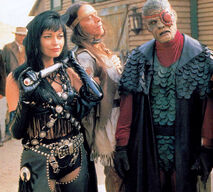 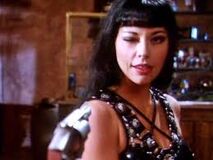 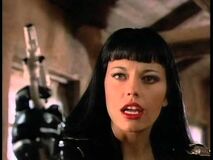 In the second film, "Oblivion 2: Backlash", Lash ventures out on her own.

In this film, a lethal bounty hunter named Sweeney (Maxwell Caulfield) arrives to arrest the seductive outlaw Lash on multiple charges, including murderer, torturer, and kidnapping.

Lash just inherited a mine of Derconium (the most valuable mineral in the universe). She won it in a game of cards. However, Red Eye's brother Jaggar (Andrew Divoff), wants the mine for himself to rule the galaxy.

Lash and the sheriff of Oblivion, Jaggar, and Sweeney all fight over it.

Lash explores the mine on her own, and becomes trapped in there. Sweeney rescues her but on the way out puts her under arrest However, Lash pulls a fast one and electrocutes him with her whip. While Sweeney is knocked unconscious, Lash makes a run for it. However, Sweeney's men (Zack and Buteo) are waiting for her, and she has to escape back into the mine. She is immediately knocked out by Sweeney, who puts her over his shoulder and carries her to jail.

Lash is put into jail to await trail, but Zack later lets her go, since it was Miss Kity who was really at fault. Lash later takes Jagger back to her room 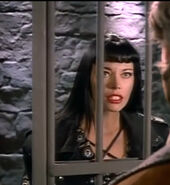 Add a photo to this gallery
Retrieved from "https://femalevillains.fandom.com/wiki/Lash_(Oblivion)?oldid=194310"
Community content is available under CC-BY-SA unless otherwise noted.