Start a Wiki
watch 01:48
The Loop (TV)
Do you like this video?
Lareina (Cristina Piaget) is an assassin in the 2007 action film "Body Armour".

Lareina is a hired assassin who is attempting to kill an international assassin named Chazz Palminteri (Lee Maxwell).

Palminteri has hired John Ridley (Til Schweiger) to protect him from the assasination attempts.  Lareina first appears dressed as room service at a hotel.  This attack is thwarted by Ridley, and the two of them get away after all of Palminteri's men are killed.

Next, Ridley accompanies Palminteri to a nightclub.  Lareina and a group of other paid assassins arrive at the club and a gunfight ensues.  Just as Ridley is about to be shot, Lareina jumps in and tells the assassin, that it is her job to kill him.  However, Ridley's nightclub owner shoots both assassins, and Ridley is able to escape. 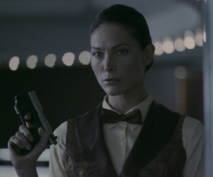 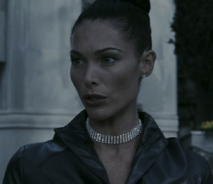 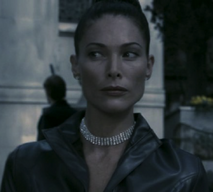 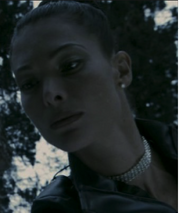 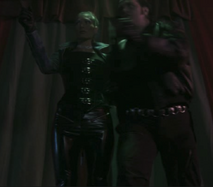 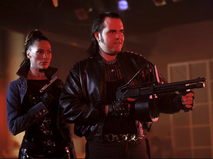 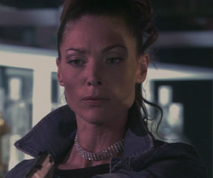 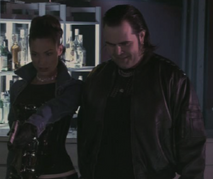 Add a photo to this gallery
Retrieved from "https://femalevillains.fandom.com/wiki/Lareina_(Body_Armour)?oldid=135317"
Community content is available under CC-BY-SA unless otherwise noted.