Start a Wiki
watch 01:51
The Loop (TV)
Do you like this video?
Lara the Zombie (Esmeralda Barros) is a secondary antagonist in the 1973 Italian horror film, "The Devil's Wedding Night".

Lara is first shown in the film, greeting Franz Schiller (Mark Damon) at the Castle.  Lara is the maid servant of the Countess Dolingen de Vries (Rosalba Neri), the owner of the castle in Transylvania.

Lara is shown with no emotions walking around the castle grounds.  She is also shown pouring fresh virgin blood over her master the Countess, who baths in the blood.

In the end of the film, she carries out the ritualistic blood sacrifices of the 5 local virgins during the Night of the Virgin Moon.  However, Karl Schiller is able to kill the guards and then burns Lara with a flame, and she dies. 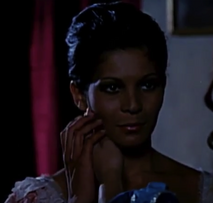 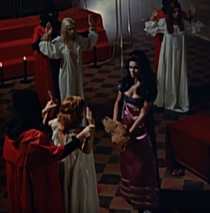 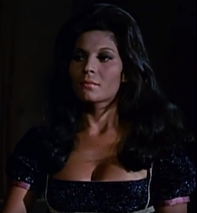 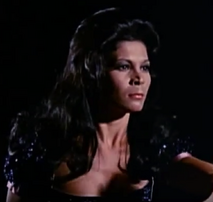 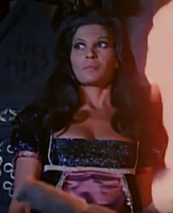 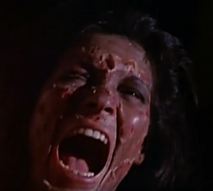 Add a photo to this gallery
Retrieved from "https://femalevillains.fandom.com/wiki/Lara_the_Zombie_(The_Devil%27s_Wedding_Night)?oldid=87518"
Community content is available under CC-BY-SA unless otherwise noted.