Laila (Isha Koppikar) is a terrorist in the 2003 Bollywood action film, "Qayamat: City Under Threat".

Laila is a arms dealer along with brothers, Ali (Arbaaz Khan) and Abbas (Sanjay Kapoor).  An arms deal conducted by the three goes awry and is busted by CBI Officer Akram Sheikh (Sunil Shetty).

The arms dealers/terrorists join forces with Gopal (Chunky Pandey), a corrupt scientist to get hold of a deadly virus and take the tourists at the Elphinstone Jail resort as hostage.

Akram Sheikh is now compelled to get help from Rachit (Ajay Devgan), a criminal serving jail time who was a former associate of Ali-Abbas and the only person in history to have successfully escaped the Elphinstone jail. Along with a commando team, they try to pull off a rescue attempt by breaking in the jail and rescuing the hostages.

At the end of the film, Laila is shot in the forehead by Rachit, who happens to be his former lover. 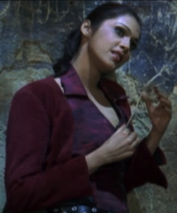 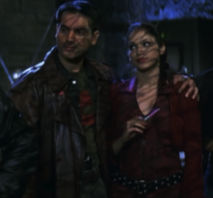 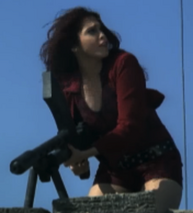 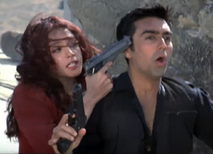 Add a photo to this gallery
Retrieved from "https://femalevillains.fandom.com/wiki/Laila_(Qayamat:_City_Under_Threat)?oldid=222334"
Community content is available under CC-BY-SA unless otherwise noted.