Lady Pervertvm (Helena Lecumberri) is the villainess of the 2006 Spanish film Star Troopers, which is also known as The Baron Against the Demons. This is a sequel to the 1996 film Exorcio Deus Machine: La Misión, in which Lady Pervertvm (Doña Pervertvm) also appeared.

In the closing stages of the 21st Century, an enigmatic warrior known as the Baron, leads a crusade that the religious organization Exorcio Deus Machine is conducting against the forces of Evil. At the same time, Lady Pervertvm is a witch or sorceress who reigns at the Earth's core. Her monster hordes have destroyed Europe.

Lady Pervertvm is dressed in a skin tight leather bikini with skimpy straps and a massive brass bra that looks like it was crafted from a couple of missiles. On the top of her head was the curled horns like a ram. She is the mistress and slave of Ragnarok. She is in possession of an army of midget android clowns.

Lady Pervertvm uses the Baron's seminal fluid to fertilize the Beast-Ragnarok in order to have it engender the most powerful and ultimate race of demons. The Baron manages to escape but, blinded by his guilt, he begins a bloody Via Crucis which will start to reveal his true nature. 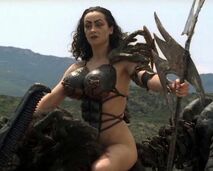 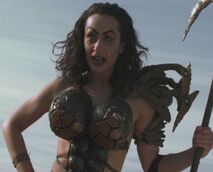 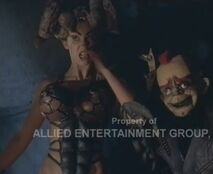 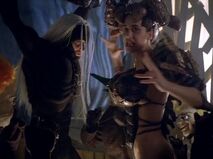 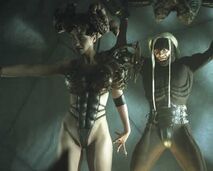 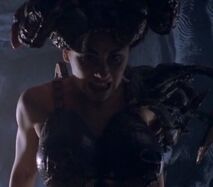 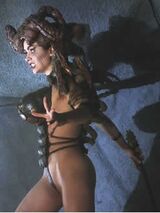 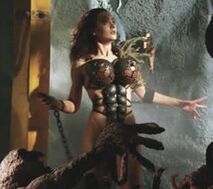 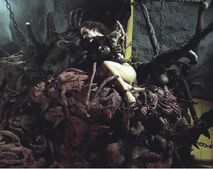 Add a photo to this gallery
Retrieved from "https://femalevillains.fandom.com/wiki/Lady_Pervertvm_(Star_Troopers/The_Baron_Against_the_Demons)?oldid=197494"
Community content is available under CC-BY-SA unless otherwise noted.