Start a Wiki
watch 01:51
The Loop (TV)
Do you like this video?
Lady Isabelle (Kate O'Mara) is a villainess in the 1997 episode "Marion to the Rescue" for the action adventure TV series "The New Adventures of Robin Hood".

Lady Isabelle is a noblewoman who is the guardian of her sister-in-law Iris (Lucy Speed).  She tells Iris that her intended husband, Thomas of Glockshire (David M. Morizot), has died in the Crusades.  She then arranges for her to marry the evil Lord Garth (John Forgeham).

Lady Marion Fitzwalter (Anna Galvin) breaks into the castle and rescues her cousin Iris who is under the hypnotic trance by Isabelle.  However, Isabelle who still has power over Iris, tells her to return.  In the meantime, Isabelle has captured Thomas and Robin Hood and his men.  Marion returns to the castle to break them out.

In the end, Iris takes the pendant that Isabelle has been using for her hypnosis powers.  Then Marion throws a pie at Lady Isabelle.  The last scene we see of Isabelle is of her and Lord Garth shackled in the castle prison. 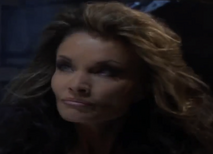 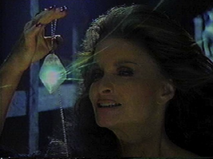 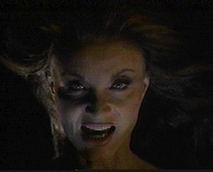 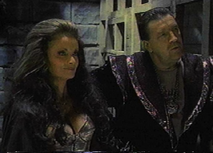 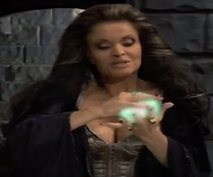 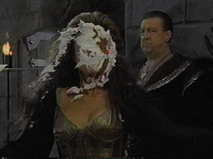 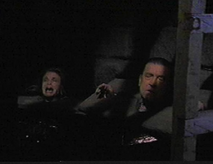 Add a photo to this gallery
Retrieved from "https://femalevillains.fandom.com/wiki/Lady_Isabelle_(The_New_Adventures_of_Robin_Hood)?oldid=166290"
Community content is available under CC-BY-SA unless otherwise noted.