Start a Wiki
watch 04:10
The Loop (TV)
Do you like this video?
Lady Charlotte (Eva Marie Bryer) is the beautiful main antagonist in the 2002 episode ‘The Mysterious Visitor’ for the tv show ’Sooty’. She is an attractive rich woman and a thief.

Lady Charlotte first appears wearing a pretty floral dress and high heels in front of Hotel Sooty. She is met outside by the smitten Richard. He brings her inside and introduces her to the staff (bar scampi). Charlotte is particularly startled when Miki appears behind her. She then meets Sooty, who mischievously asks her if she likes custard pies, although Richard manages to get her out of the way before Charlotte is humiliated.

She next appears having dinner with Richard. Richard is trying to impress her with his (poor) knowledge of ‘posh’ things. The waiters, Sooty, Sweep and Scampi appears and give them their soup. Sooty asks them if they want bread, Charlotte declines but Richard says yes. Then, Scampi throws a loaf of bread into the soup, sending it all over Richard! Richard leaves the table to change his trousers, and Charlotte finds something odd in her soup.

Taking the opportunity, The femme fatale snoops into the room where the safe is (Soo left the disguise -a painting- slightly ajar earlier on in the episode) and examines it, proclaiming to herself that it wouldn’t be too difficult. Then she looks around at the desk to find the key, only to come face-to-face with Sooty and Sweep! Charlotte pretends to be lost and looking for the lavatory, although Sooty and Sweep do not believe her. Then Richard comes in, wearing his pyjama bottoms, with the key hanging from the pocket. He believes Charlotte’s story and helps her find the toilet; she in turn notices the key.

Later, Charlotte is walking down the stairs when she is confronted by Sooty, Sweep and Miki, who ask her if she is a burglar. Oddly, instead of laughing it off she threatens them not to tell Richard what she is doing or she will make them regret it!

Charlotte goes to tell Richard that she is leaving the hotel early, although she lies and tells him she will be recommending it to all her friends. Charlotte kisses Richard (although we never see the impact) and deftly snatches the key. The villainess walks off, confident that her plan will succeed.

At night, Charlotte (wearing appropriate Thief attire) sneaks into the hotel using the key, unaware that Sooty, Sweep and Miki have set a trap for her. Suddenly, she stumbles on the toy cars and the lights turn on! Sooty and Sweep use the catapults to shoot rotten eggs at her, spattering Charlotte’s torso. Angrily, she charges at them, but they dodge and her hand goes into something sticky! Then, they leap on Charlotte’s shoulders and splatter two custard pies on each side of her pretty face! Next, the balloon is thrown at her, bursting on impact and covering her in runny pink slime! They spray her with water from the water guns, but Charlotte manages to grab them and tie them up!

While they are tied up, Charlotte expresses her arrogance and hatred of Richard, and she manages to open the safe. Inside, though, is Miki! The cat sprays the overconfident thief with water, sending her flying backwards into the arms of a policeman! Charlotte tries to get her way out of it, but is handcuffed. Richard comes downstairs and is surprised that a posh woman would steal. The villainess is then led away. 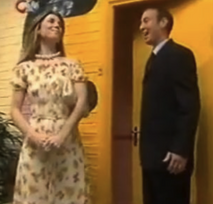 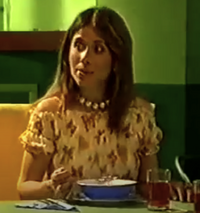 Add a photo to this gallery
Retrieved from "https://femalevillains.fandom.com/wiki/Lady_Charlotte_Plaxonby_(Sooty)?oldid=209382"
Community content is available under CC-BY-SA unless otherwise noted.