Lady Agatha (Barbara Bach) is the sexy villainess in the 1979 film, "The Humanoid", which was a Star Wars rip-off movie.

The power hungry Lady Agatha wants to woo Lord Graal (Ivan Rassimov) into a romantic and political alliance with her. She is very old, but her beauty is preserved through daily injections of a youth serum. The serum is the byproduct of sacrifices of beautiful young women whose life essence is then transferred into Agatha. This process is invented by the evil mad scientist Dr. Kraspin (Arthur Kennedy).

Lord Graal is attempting to overthrow his brother as ruler of the planet Metropolis, who is known as the Great Brother (Massimo Serato). He uses Dr. Kraspin, who has invented a chemical capable of turning an ordinary person into a perfect soldier. They test this chemical on the pilot Golob (Richard Kiel), turning him into a mindless but indestructible automaton possessing superhuman strength.

In the end, they have the heroine of the story, Barbara Gibson (Corinne Clery) in the harvesting entrapment. She is a prominent scientist of Metropolis. She is saved, and Lady Agatha does not receive the serum soon enough. As a result, she collapses to the ground and her body shrivels up into an old woman and dies in the form of a skeleton. 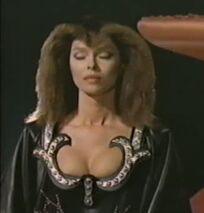 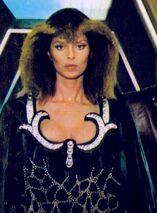 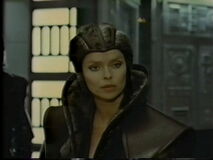 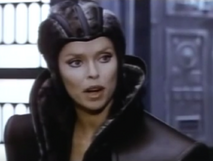 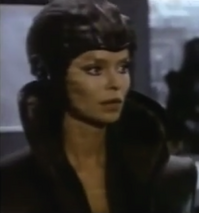 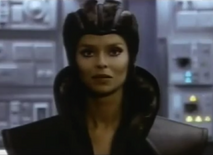 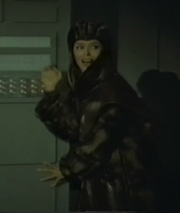 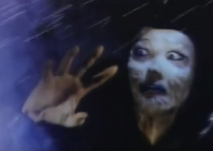 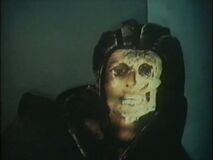 Add a photo to this gallery
Retrieved from "https://femalevillains.fandom.com/wiki/Lady_Agatha_(The_Humanoid)?oldid=73326"
Community content is available under CC-BY-SA unless otherwise noted.