Film Synopsis: Stunt car driver Nick James (Michael Madsen) finds himself blackmailed into driving a getaway car for a bank robbery when his wife Nadia is kidnapped by the sinister Lamar Quentin. Nick has to participate in a plot to kidnap the President (Roy Scheider).

After Lacey and her group of mercenaries break Nck out of a prison truck he manages to jump in vehicle and drive away during the crossfire with the police.

Nick is located with his wife Nadia (Kathy Christopherson) and they are both captured and taken to villains headquarters known as area 55. Here the movies main villain, Lamar (Keith David) reveals the plan to use Nick and his driving abilitiy to kidnap the president and in return, he and his wife live.

While they're unaware of Nick's status on the mission, Lacey patronises Nadia at the base as she's under the assumption he could be dead.

In the final battle Nick returns to area 55 to bring down the organisation with firepower. Upon entering the room where Nadia is kept captive he finds her at the gunpoint of the evil Lacey.  As she persuades him to lower his weapon, Bela (Dayton Callie) provides a distraction but gets shot, however this leaves an opening for Nick to knock Lacey out cold with a single punch.

Nadia takes her gun as she lies unconscious on the floor and this is the last she is seen. Nick manages to shoot down Lamar and escape the base with his wife as the film concludes. Its assumed once Lacey finally woke up she was behind bars. 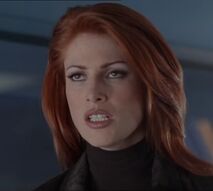 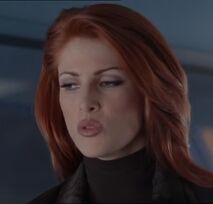 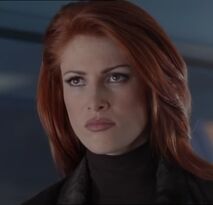 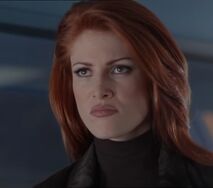 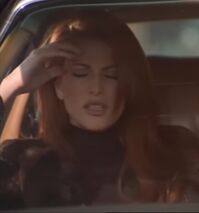 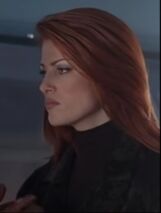 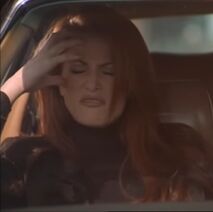 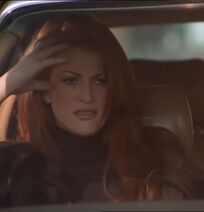 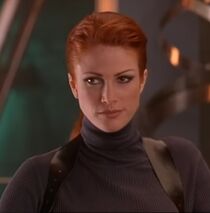 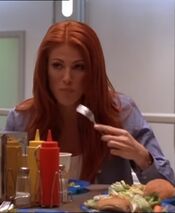 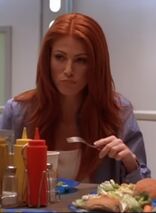 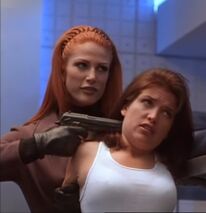 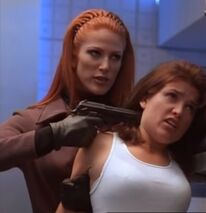 Add a photo to this gallery
Retrieved from "https://femalevillains.fandom.com/wiki/Lacey_(Executive_Target)?oldid=151216"
Community content is available under CC-BY-SA unless otherwise noted.