La Regina Gaia, Evil Queen (Nadia Sanders) is the evil queen in the 1960 Italian peplum film, "The Giants of Thessaly". At the time of the film, Nadia Sanders was credited as Nadine Duca.

Jason (Roland Carey) and the Argonauts have left Thessaly in search of the fabled Golden Fleece. After arriving on an island inhabited only by beautiful women, Jason is confronted with Queen Gaia. Gaia tells him that the men of the island sailed away to fight a war, and they never saw them again. The sons died a few months later of a mysterious disease.

Gaia tries to seduce Jason, but notices that her hand has turned old. She runs away from him and goes to her secret chamber where the audience first sees her beauty is just an illusion of her youth kept by magic. Meanwhile, some of the Argonauts are being changed into sheep.

Jason finds a ring that she lost when she ran away from him. The ring reverberates with crying souls. Jason is led to a woman who is bound to an altar of sorts. The woman is Gaia's sister Olivia (Maria Teresa Vianello). She explains everything to Jason, about Gaia being the ugly disfigured daughter of sun god Apollo. In a rage of jealousy, she chained Olivia up and was granted a favor by Apollo, to make her beautiful. She and the rest of the women on the island are witches, and if she manages to seduce Jason she will be beautiful forever. However, Gaia shoots Olivia with an arrow killing her, and Jason finally sees the old version of the Queen who curses him. The curse says that Jason will lose his throne and son. This is the last we see of Gaia, as Jason and the Argonauts set sail back to Thessaly. It is assumed that Gaia is forced to live in the hideous version of herself forever. 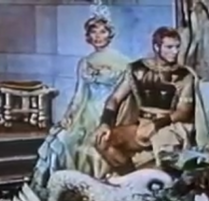 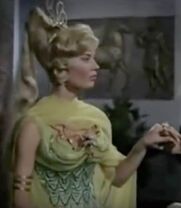 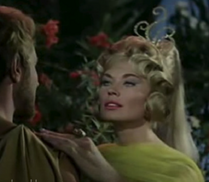 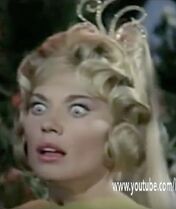 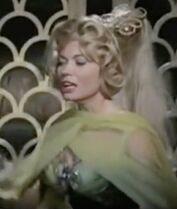 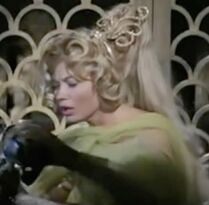 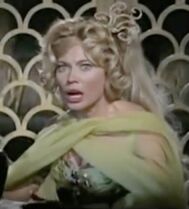 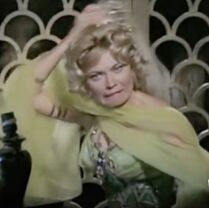 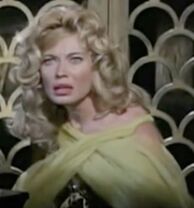 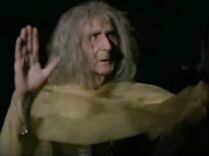 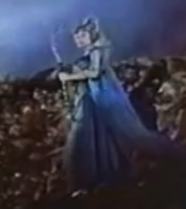 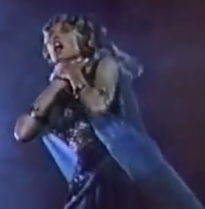 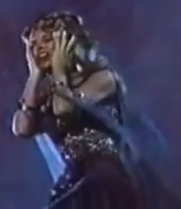 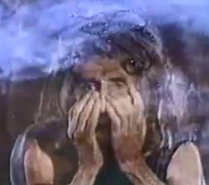 Add a photo to this gallery
Retrieved from "https://femalevillains.fandom.com/wiki/La_Regina_Gaia,_Evil_Queen_(The_Giants_of_Thessaly)?oldid=205953"
Community content is available under CC-BY-SA unless otherwise noted.