Start a Wiki
watch 01:50
The Loop (TV)
Do you like this video?
Kym (Raye Hollitt) is a secondary antagonist in the 1996 sexploitation film "Day of the Warrior".

Kym is a henchwoman for the Warrior's smuggling gang, run by Manuel (Rodrigo Obregon).

At the beginning of the film, Doc (Kevin Light) infiltrates the gang and brings a betrayer to Manuel.  After a short interrogation, Kym runs out of patience, and a takes Manuel's gun and shoots the betrayer.  Later, she pulls out a shotgun and shoots a spotted owl. Manuel makes the comment, that the owl is a protected and endangered species.  Kym is unimpressed.

Kym has sex with Warrior (Marcus "Buff" Bagwell), the real leader of the ring.

Kym and Cobra (Julie K. Smith) engage in a catfight at the end of the film, and she is knocked out in a single punch.  She is led away and taken into custody. 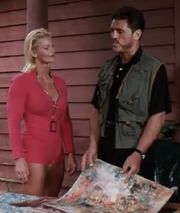 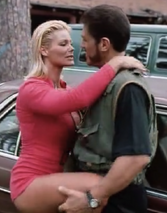 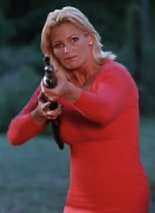 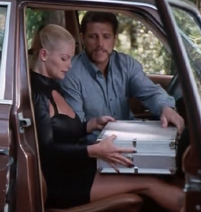 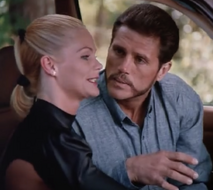 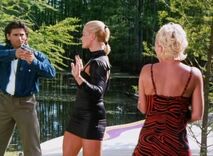 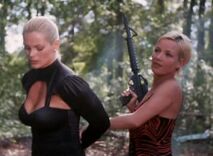 Add a photo to this gallery
Retrieved from "https://femalevillains.fandom.com/wiki/Kym_(Day_of_the_Warrior)?oldid=134054"
Community content is available under CC-BY-SA unless otherwise noted.