Kriemhild is the main villainess in the 2005 German fantasy-comedy Siegfried. She is portrayed by Dorkas Kiefer. Along with playing the lead role of Siegfried, German comedian Tom Gerhardt also co-wrote the film.

Losely based on a character from a Germanic legend and later opera, Kriemhild is a beautiful princess in medieval Germania.

(Note: As I have not been able to locate a copy of "Siegfried" with English subtitles, this article is based solely on my impressions from watching the film.)

Kriemhild is the object of unrequited love for the lead character, Siegfried (or 'Siggy'). However, while Siggy sees Kriemhild as beauty and grace personified, he is blind to the fact that she absolutely loathes him! Kriemhild is of a royal family and resents Siggy's interest in her mainly on account of him being dim-witted and poor. She is arrogant, greedy and manipulative.

Finally the royals assign Siggy the seemingly impossible task of recovering a treasure allegedly protected by a dragon. If he succeeds he will have Kriemhild's hand in marriage.

Once again, despite countless obstacles being thrown in the hero's way, he succeeds on his mission. Kriemhild is initially horrified at the thought of marrying this idiot, but has a sudden change-of-heart when she realizes the treasure that'll be accompanying him!

The film climaxes at the royal wedding. During the vows it is discovered that while Siggy did in fact find the treasure he returned home with the only item in it not worth anything. Kriemhild is enraged and storms back up the aisle.

Siegfried also reveals that he brought home a dragon egg, which he found in the cave. At that moment it hatches; emerging is a very cartoony looking dragon. Kriemhild is less than amused, tormenting and abusing the infant dragon. Shocked, Siegfried is finally able to see Kriemhild's hateful and malicious nature.

A moment later, the church is invaded by the parent-dragon, looking for its egg. While legend had it that the dragon was giant and ferocious, it is only four or five feet tall, waddling down the aisle, looking just as cartoony as the baby. Kriemhild leads the congregation in laughing hysterically at the ridiculous dragon. The dragon, in response, proves he is not as silly as he appears... breathing fire and roasting Kriemhild to a cartoony crisp!

Siegried's lifelong friend, a kitchen aid named Anita, pries the dragon off of Siegfried and returns it to its parent. The dragon thanks them and the two happily depart. Realizing who his true love really is, Siegfried and Anita kiss (while Krimehild lays smoking nearby on the floor!). 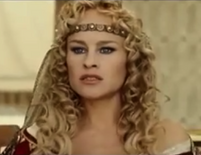 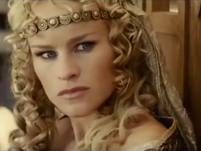 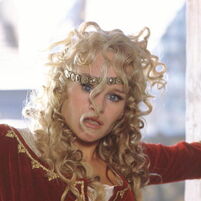 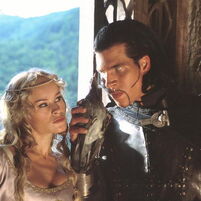 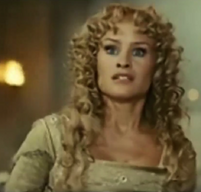 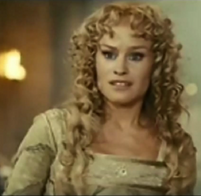 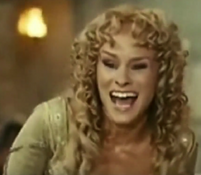 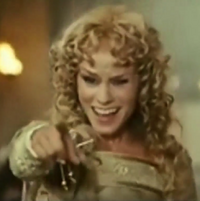 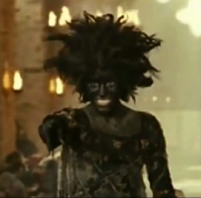 Retrieved from "https://femalevillains.fandom.com/wiki/Kriemhild_(Siegfried)?oldid=205745"
Community content is available under CC-BY-SA unless otherwise noted.