Killer with flame-throwing bra (Pauline Chan) was an unnamed henchwoman in the 1994 Chinese comedy action film "From Beijing with Love".

The unknown henchwoman is attempting to locate a stolen dinosaur skull.  She works for a man known as "The Man with the Golden Gun", which is a throwback to the James Bond genre.

In a warehouse, she has it out with the police force.  She surprises everyone, when her corset she is wearing turns into a special bra that somehow extends metal rods out of the middle.  Then the rods shoot out flames which burn up her targets.

In the end, her flame throwing bra ran out of fuel, because her fellow henchman (Joe Cheng) used the fuel to cook noodles the previous night.  As a result, she was blown up, and all that remained of her was the outer metal plates that held her bra together, which dropped harmlessly to the ground. 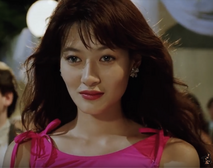 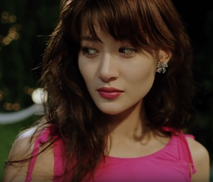 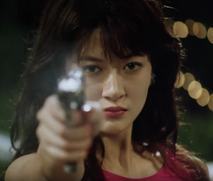 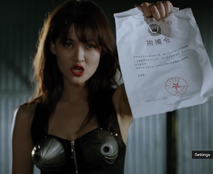 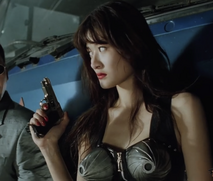 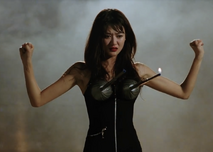 Add a photo to this gallery
Retrieved from "https://femalevillains.fandom.com/wiki/Killer_With_Flame-Throwing_Bra_(From_Beijing_with_Love)?oldid=222356"
Community content is available under CC-BY-SA unless otherwise noted.