Killer Frost is a female supervillain appearing in DC comics.

Frost was a scientist who accidentally locked herself in a thermafrost chamber but survived, being transformed in a way that she was able to absorb heat from a living being and project cold ice. Calling herself "Killer Frost," she began a murderous crusade against men.

In Other Media[edit | edit source] 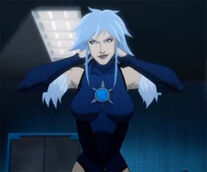 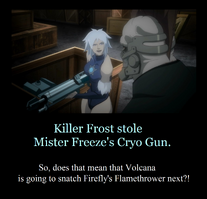 Add a photo to this gallery
Retrieved from "https://femalevillains.fandom.com/wiki/Killer_Frost_(DC_Comics)?oldid=185622"
Community content is available under CC-BY-SA unless otherwise noted.