Start a Wiki
watch 01:39
The Loop (TV)
Do you like this video?
Kelly Goodson (Cyia Batten) is the main villainess from "A Night at the Movies," episode 3.19 of CSI (airdate April 10, 2003). She is a Vegas showgirl who had filed a sexual harassment lawsuit against her boss, Anthony Haines.

Kelly was using the Langly and Langly law firm to file her suit, and it was there that she met Audrey Hilden, who was suing her dentist, Gus Sugarman, for sexual assault. The two women vented over the men causing problems in their lives, which prompted them to concoct a plan to kill them; similar to the Hitchcock film, Strangers On a Train. After Audrey set Gus up at the Wonderland Theater under the guise of wanting to go out on a date with him, Kelly donned her red wig, appeared at said theater, and killed Sugarman by stabbing him to death with a screwdriver. The villainess took Sugarman's gold chain as proof that she killed him, and called Audrey to tell her that the deed was done.

Audrey received confirmation when Sugarman didn't answer her three phone calls, and when she refused to kill Haines, Kelly began stalking and harassing her. Later on, the evil Kelly murdered Audrey at her home, strangling her to death with an extension cord and hanging Audrey's body to make it appear that she committed suicide. She later flushed the movie schedule down the toilet (it was evidence of their plan), and left the chain in the home to set Audrey up as Sugarman's killer. Gil Grissom put everything together when she saw the law firm's business card in Kelly's locker, and chemicals used in Kelly's muscle cream revealed Kelly as the murderess, as they were all over the extension cord and the leather gloves that she wore. Grissom and Catherine Willows interrogated Kelly with the facts involving their plan, with Kelly denying everything. However, Grissom informed the villainess about the DNA evidence, and after this, Kelly was arrested offscreen for the murders. 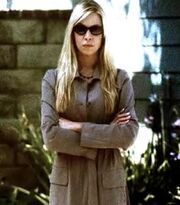 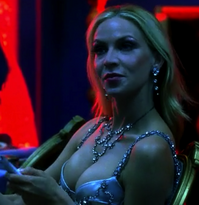 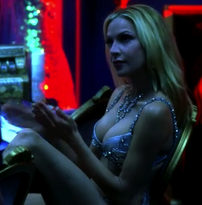 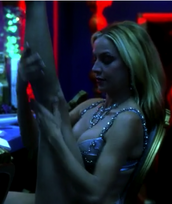 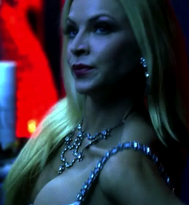 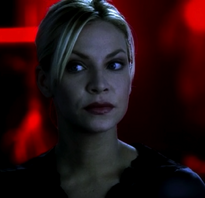 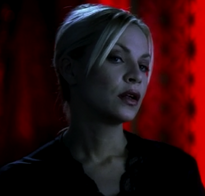 Kelly killing Audrey Hilden
Add a photo to this gallery
Retrieved from "https://femalevillains.fandom.com/wiki/Kelly_Goodson_(CSI)?oldid=187042"
Community content is available under CC-BY-SA unless otherwise noted.