Katinka (Milla Jovovich) is a secondary villainess in the 2001 American comedy film Zoolander. Katinka is the tough and chief henchwoman to the fashion mogul Jacobim Mugatu and is often seen accompanying and aiding him.

Mugatu and Derek Zoolander's agent Maury Ballstein are charged by the fashion industry with finding a model who can be brainwashed into assassinating the new progressive-leaning Prime Minister of Malaysia, allowing them to retain cheap child labor in the country. Though Mugatu has previously refused to work with Derek for any show, Derek accepts Mugatu's offer to star in the next runway show.

Mugatu takes Derek to his headquarters, masked as a day spa, where Katinka is disguised as a nurse and Derek is conditioned to attempt the assassination when the song "Relax" by Frankie Goes to Hollywood is played. Matilda, feeling partially responsible for Derek's retirement, becomes suspicious of Mugatu's offer and, tipped off by an anonymous caller, tries to enter the spa, but is thrown out. Matilda tries to voice her concerns to Derek once he leaves, but he ignores her.

Matilda follows Derek to a pre-runway party, where, upon being challenged by Hansel, Derek loses to Hansel in a "walk-off" judged by David Bowie. Matilda receives another anonymous call to meet at a nearby cemetery. Matilda along with Derek find the anonymous caller is hand model J.P. Prewett, who explains that the fashion industry has been behind several political assassinations, and the brainwashed models are soon killed after they have completed their task. Katinka and her aides attack the group, forcing Derek and Matilda to flee.

At the fashion show, Matilda tries to intercept Derek, but Katinka thwarts her. As Derek takes the runway, Mugatu's DJ starts playing "Relax", activating Derek's mental programming. Before Derek can reach the Prime Minister, Hansel breaks into the DJ booth and switches the music to Herbie Hancock's "Rockit", breaking Derek's conditioning. Hansel and the DJ have a brief "breakdance" fight before Hansel eventually unplugs the system, moments before Derek was about to snap the Prime Minister's neck. Hansel then tries to tell everyone Mugatu's plan. Angered, Katinka flips onto the stage and points a gun at Derek, but Hansel snatches the gun away, using a yo-yo, while Matilda kicks Katinka's feet out from under her, causing her to fall. Matilda grabs Katinka's gun and points it at Katinka, who mocks her, saying she doesn't have the guts. Matilda hits Katinka in the face with the gun, causing her mouth to bleed. Mugatu's plan is thwarted and he is arrested, while Derek is thanked by the Prime Minister.

In The second movie, Katinka is the true main antagonist, she is in disguise as Kristen Wiig’s character for lot of the film, and in the end engages in a catfight with Valentina. 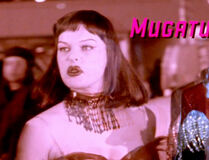 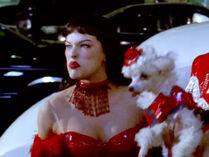 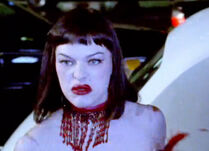 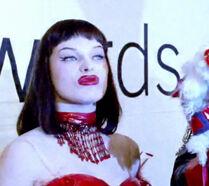 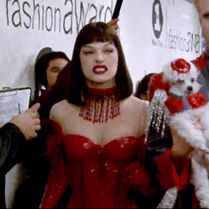 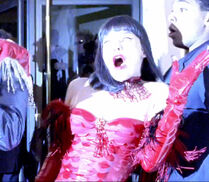 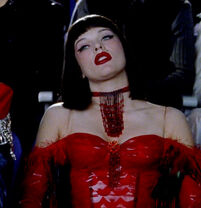 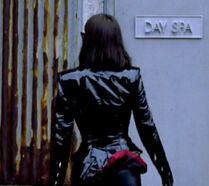 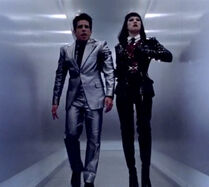 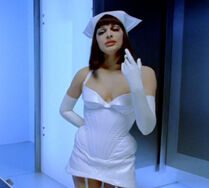 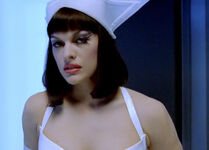 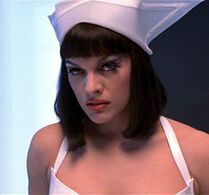 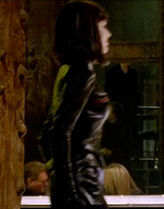 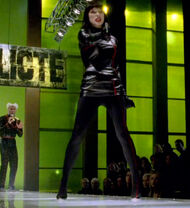 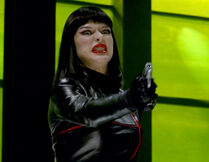 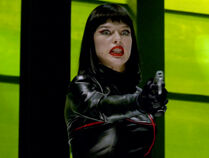 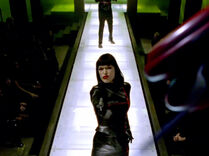 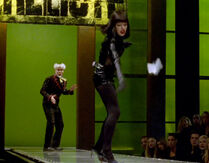 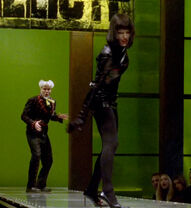 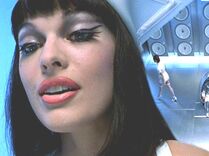 Add a photo to this gallery
Retrieved from "https://femalevillains.fandom.com/wiki/Katinka_Ingaborgovinanana_(Zoolander)?oldid=185252"
Community content is available under CC-BY-SA unless otherwise noted.