Kathrin is an undercover double agent spy in the 2010 movie, Undercover Love. Kathrin is played by Martina Hill. Kathrin is a sexy partner of secret agent Johannes. When Johannes' wife Susanne blows their cover thinking they are having an affair, Kathrin kidnaps Johannes. We find out that she is a double agent working for a syndicate, which is trying to resurrect the Third Reich. She is attempting to get ahold of a deadly Nazi U-boat weapon of mass destruction. Susanne is the only one available to find him and save the world.

There is quite a bit of slapstick comedy in this one, and Kathrin is humiliated over and over. Susanne hits her in the back of a pan which knocks her out. Later during a catfight with Susanne, Kathrin his hit with a pipe, a glob of hair pulled out from the roots,

Kathrin wears some very sexy outfits throughout the show. She wears a tight short black dress with a block choker, that really shows off her legs and cleavage. Later when they go to her evil lair, she is wearing a tight purple and black soldier outfit that is sleek and has a zipper that is low enough to see her cleavage, and has a matching tight skirt and thigh high black boots to accentuate her legs. Her army of hence women have matching purple outfits with tight spandex pants and army hats. Kathrin is later sporting the same pants as her minions, with the same thigh high black boots. Her boots get stuck in a grate so she can't move,

She is finally defeated, when her plane that she is flying is shot down by Susanne. When she lands, she uncovers herself in a park underneath a Nazi parachute. A group of German citizens start mocking her for the Nazi parachute, and she is soon detained and arrested in the process of fleeing the scene. 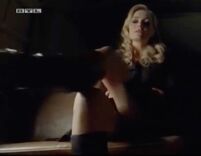 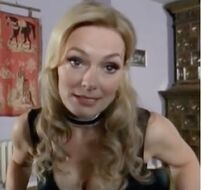 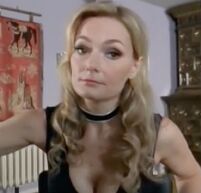 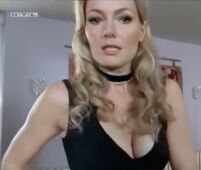 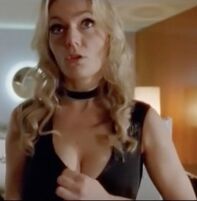 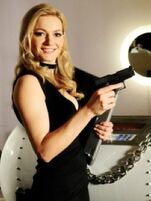 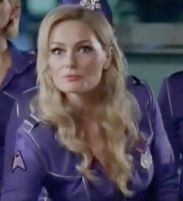 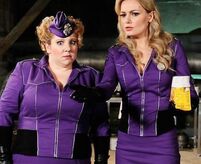 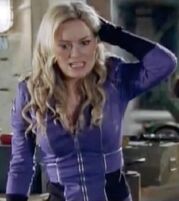 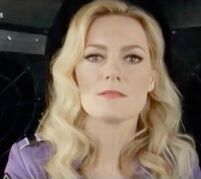 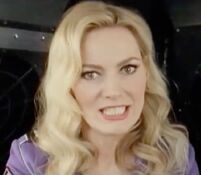 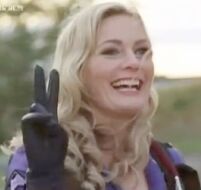 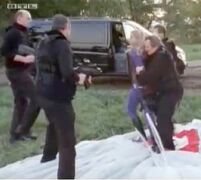 Add a photo to this gallery
Retrieved from "https://femalevillains.fandom.com/wiki/Kathrin_(Undercover_Love)?oldid=202207"
Community content is available under CC-BY-SA unless otherwise noted.