Karen Low is a former People's Liberation Army officer who subsequently served as Chan Guoming's head of security and officially as his secretary before she was replaced in the former capacity by Lee in the animation Jörmungand.

Following Chan's death she was later taken in by Minami Amada and currently works as her secretary and bodyguard. 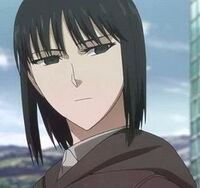 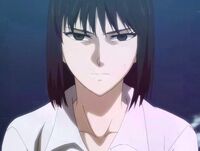 Douijn Creation
Add a photo to this gallery
Retrieved from "https://femalevillains.fandom.com/wiki/Karen_Low_(Jormungand)?oldid=207578"
Community content is available under CC-BY-SA unless otherwise noted.