Kara (Marj Dusay) was the main antagonist in the 1968 episode "Spock's Brain" for the Sci-Fi TV series "Star Trek".

Kara was the leader of the Eymorgs on the planet Sigma Draconis VI. She was responsible for stealing the brain of Commander Spock in 2268.

Kara and her people, although surrounded by advanced technology, did not understand it, and were controlled by a central control system that enabled them to perform tasks associated with their advanced society. "The Great Teacher", however, was losing power, and Kara connected Spock's brain to it to supply power to the central control system. Dr. McCoy was able to reverse the procedure and restore the brain back to Spock. 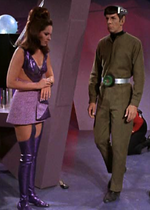 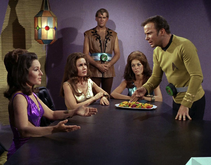 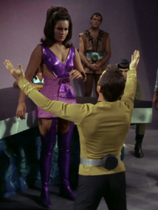 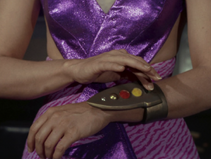 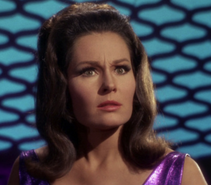 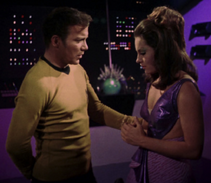 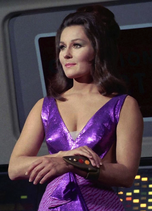 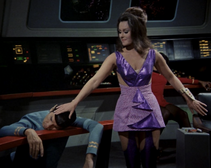 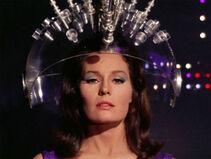 Add a photo to this gallery
Retrieved from "https://femalevillains.fandom.com/wiki/Kara_(Star_Trek)?oldid=159289"
Community content is available under CC-BY-SA unless otherwise noted.