Kara is a member of the Chinese intelligence and the so-called assistant of Chen, although she herself is revealed to be his boss. Kara is on the island to bid for a famous scientist to be her captive.

Kara first appears in the lobby of the island with Chen. She nods at Burke in acknowledgmen.

Later, Kara calls Burke over to her to ‘talk about business,’ Kara is pretending to strike a deal with Burke and help each-other get the captured rogue scientist to take him to the USA. In reality, the scheming Kara is only pretending so she can get him for herself. Kara leaves the room, and tells Burke to follow her slowly. It is unseen what happens later.

She is seen again when Mr. Sin is actually selling the scientist, along with Burke and a crooked gangster. The three of them bid, and Kara and Burke lose out to the gangster, who was pretending to be on Kara’s side but betrayed her and teamed up with Burke, so in reality Burke got the scientist. Enraged, Kara orders Chen to kill both of them, and watches as he kills the gangster and fights with Burke. Burke manages to knock him out and he and the gangster are taken out the room by Mr. Sin’s guards. Kara does not appear to be punished, however, and presumably leaves the island in disgrace. 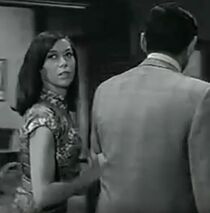 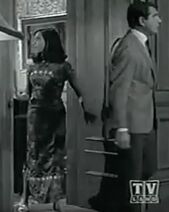 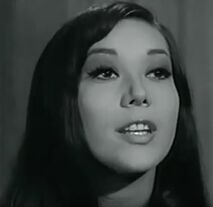 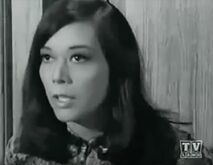 Add a photo to this gallery
Retrieved from "https://femalevillains.fandom.com/wiki/Kara_(Amos_Burke:_Secret_Agent)?oldid=160603"
Community content is available under CC-BY-SA unless otherwise noted.