Upon her introduction to Danielle and Josh Thompson as their surrogate, Kailee stated that she was adopted, but her backtory revealed that she was actually abducted after her birth by Carol Morrison, who took her after suffering a miscarriage. Her past also revealed that she had spent nearly her entire life in therapy--going to regular sessions with Dr. Karen Jurgensen.

Kailee was recommended to the Thompsons by Carol (part of Carol's plan to take the baby as her own), and nine months later, Kailee gave birth to a baby girl named Sophie. Kailee was shown laying somberly in her hospital bed, and it was after Sophie's birth that she began stalking the couple, creating coincidental run-ins to get close to Sophie. Though the first incident appeared to be harmless, the couple (Danielle especially) began to see signs of Kailee's psychotic demeanor. Her insanity increased when she broke into their house and held Sophie in her arms, leading to a confrontation that ended with Danielle striking Kailee with a fireplace poker in self-defense.

Unfortunately for Danielle, Kailee called the police and made a claim that Danielle intentionally attacked her, and after Josh's co-worker and friend, Tyler Sampson, was killed, suspicion fell on Kailee--as Tyler was helping the couple dig up information about her. Later in the film, the evil Kailee armed herself with a knife and snuck into the Thompsons' home in an attempt to take Sophie, only to discover that Sophie's "crying" was actually a recording--a trap orchestrated by the couple. Danielle shouted at the delusional villainess, who was knocked out with a crowbar by Josh, after which she was arrested.

However, after Danielle heard the news about Dr. Jurgensen being murdered, she informed Josh, who phoned the police and learned that Kailee was released by her "mother." After Carol appeared at the Thompson residence and revealed herself as Kailee's "mother" (and the film's true main villainess), she attempted to take Sophie, stabbing Josh (non-fatally) and holding Danielle at knifepoint when she tried to stop her. At that moment, Kailee appeared and shot Carol to death, after which she stated that their scheme wasn't supposed to escalate to the levels that it did. Kailee was then shown in a police car, having been taken into custody once again. 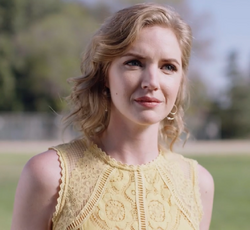 Kailee during her second "run-in" with the Thompson family 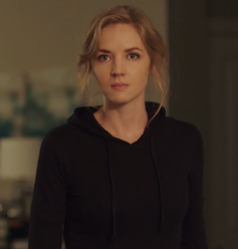 Kailee ominously glaring at a disguised Danielle
Add a photo to this gallery
Retrieved from "https://femalevillains.fandom.com/wiki/Kailee_Richmond_(The_Sinister_Surrogate)?oldid=170059"
Community content is available under CC-BY-SA unless otherwise noted.