Start a Wiki
watch 04:10
The Loop (TV)
Do you like this video?
Kadeejah (Edy Vessel) is a secondary antagonist in the 1961 fantasy Italian Peplum movie "The Thief of Baghdad" (!Il Ladro di Bagdad) and in the novel and comic book which based on the movie.

Kadeejah was the fourth challenge created by the Djinn to test the suitors of Princess Amina (Giorgia Moll). She lived in a palace filled with women and statues of men, suitors who she seduced and turned to stone with a poison. When Karim (Steve Reeves) arrives she tries to seduce and turn him to stone also.  Howevert Karim noticed his petrified fellow suitors and that Kadeejah is poisoning his wine. Karim switched his cup of wine with Kadeejah´s one and the evil seductress dinks her own own poison and turns into a statue. The palace is engulfed in water, and Karim has to swim to the surface of the sea to escape. 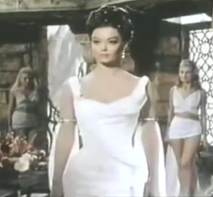 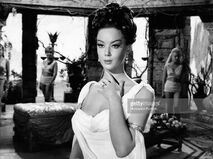 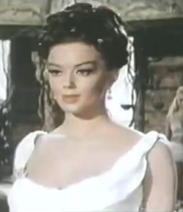 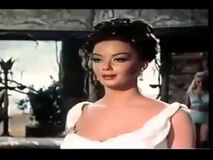 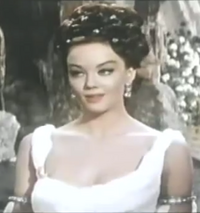 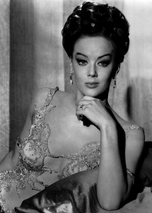 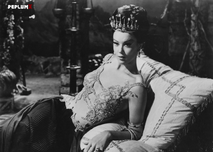 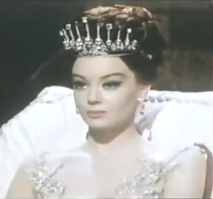 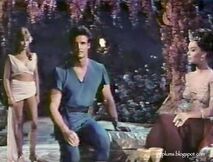 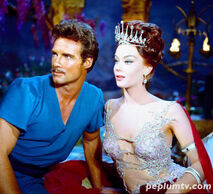 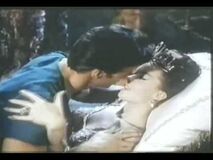 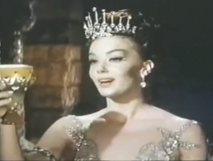 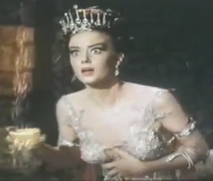 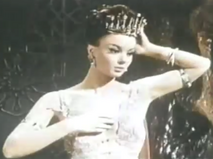 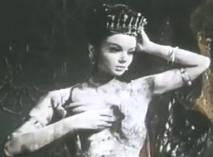 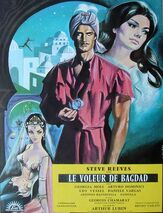 Kadeejah´s "death" comic version.
Add a photo to this gallery
Retrieved from "https://femalevillains.fandom.com/wiki/Kadeejah_(The_Thief_of_Baghdad)?oldid=183219"
Community content is available under CC-BY-SA unless otherwise noted.