Julie Miller (Julie Benz) is the main villainess from "Murder on Thin Ice," episode 4.03 of Diagnosis Murder (airdate October 3, 1996). She is a noted figure skater who was preparing for her competition against her longtime rival Debbie Monroe, when (as shown in the beginning of the episode) she was attacked by a knife-wielding masked man, revealed to be Sean Farlow, Debbie's former manager.

As later revealed, however, the attack was part of Julie's evil plan to ruin Debbie's good name, with Sean as Julie's accomplice. Julie's last performance before her upcoming competition saw her suffer an injury to her right hip, which left her unable to perform her patented triple axle move. Desperate to gain an edge over Debbie, Julie paid Sean $50,000 to orchestrate an attack towards herself during her interview, and after Sean attacked Julie, he was shown proclaiming that he "did it for Debbie." Julie's plan works; she gained public sympathy while Debbie was portrayed as a villainess, as she was booed during her performance. Julie even came out in crutches (which weren't necessary) to gain even more sympathy.

While Julie was skating late at night, she was encountered by Sean, who demanded more money--$1 million, to be exact. He also made a move on Julie, prompting the villainess to strike Sean with one of her skates, killing him. After the murder, the evil Julie removed the blade from her skate and switched it with Debbie's, and placed a call to Debbie afterwards, planning to frame her rival for the murder. Mark Sloan began realizing that Julie was the true killer when he saw video of her last performance, seeing the injury as a motive. However, his investigating was met with a threat from Julie, as she stated to Mark that she could sue him for slander.

In the episode's climax, Debbie confronted Julie and stated that Julie was afraid of her, and gave a performance in front of her as a reminder that she'll always be better than Julie. Julie responded by performing a triple axle, this time reversing the move and landing on her left leg. This was actually part of a set-up by Mark and Steve Sloan, as the marks left on the ice on the night of the murder were proof that Julie killed Sean--as she was the only one who could perform the move. After being confronted with the evidence, Steve arrested Julie, who later informed Debbie that even when she gets to the top, she'll never be better than her. 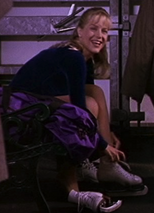 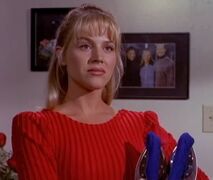 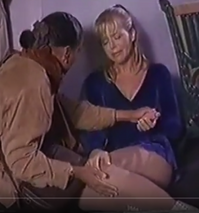 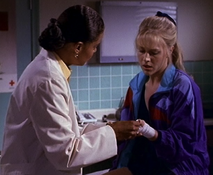 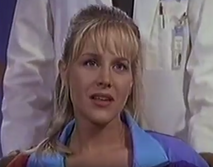 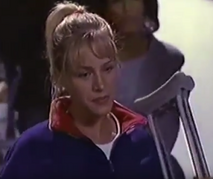 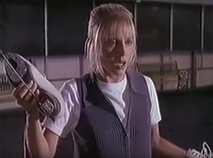 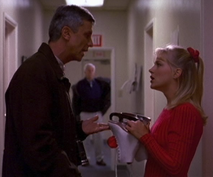 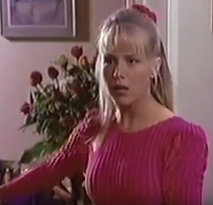 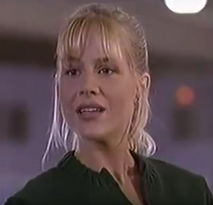 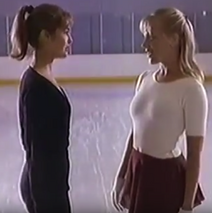 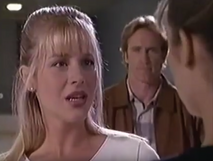 Add a photo to this gallery
Retrieved from "https://femalevillains.fandom.com/wiki/Julie_Miller_(Diagnosis_Murder)?oldid=188679"
Community content is available under CC-BY-SA unless otherwise noted.