Juliana (Hazel Court) is the mistress to the evil Satanist in the 1964 Roger Corman horror film, "The Masque of the Red Death".

Juliana is the mistress to Prince Prospero (Vincent Price), who is the dominion holder of a village in medieval Italy. In addition, he is a Satanist. During the time of a deadly plague known as the Red Death, he orders the village burned down to prevent the spread of the disease. Prospero invites the local nobility to sanctuary in his castle to avoid the disease.

Prospero also has several villagers who he has imprisoned to later use as entertainment for his guests. He plans to use them as fights to the death game play. Another villager, Francesca (Jane Asher), has also been brought in to be lavished by Prospero. Juliana is very jealous of this young girl, and sees her as competition to Prospero's attention and affection.

In what appears as a ploy to win Prospero's affection back, Juliana expresses her wish to Prospero to be initiated into his Satanic cult. She first performs a ritual in the Black Room, where she pledges her soul to Satan. Juliana also brands one of her breasts with an upside down crucifix. Then in a very strange dream type sequence, Juliana puts her through her final initiation ceremony, where she drinks from a chalice and suffers a terryfying hallucination. This dream starts out with her tip-toeing through a mysterious forest in what appear to be ballet shoes, while wearing a very transparent negligee. She then finds herself lying on a four-poster bed, surrounded by brass gargoyles. She is not bound, but seems unable to move as a series of demons penetrate the transparent curtains around her. They attack her with knives, scythes and ceremonial swords. The first demon comes in the form of a Polynesian warrior, the second some kind of Greek Gnostic, the third an Egyptian priest, and the fourth an African prince. Awakening from her dream, Juliana then declares herself the wife of Satan, proud that she has survived her own sacrifice.

Juliana then wanders out of the Black Room and is attacked and killed by a falcon, and her body is pecked by ravens. The nobles gather around her body and Prospero comes over with a big grin on his face.  He says, "I beg you do no mourn for Juliana.  We should celebrate, she has just married a friend of mine". 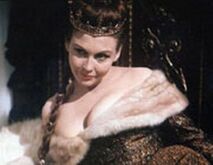 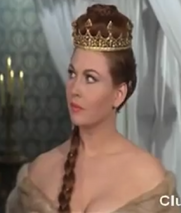 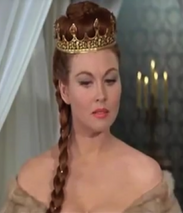 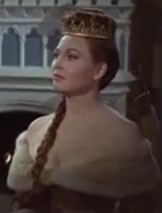 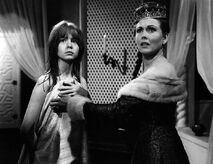 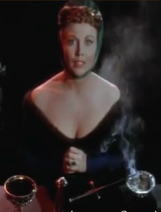 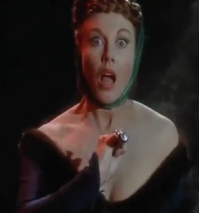 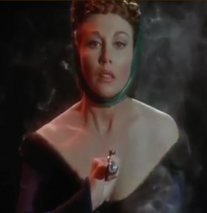 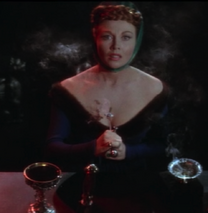 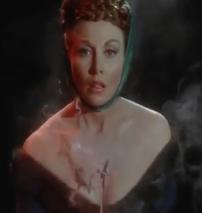 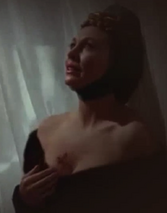 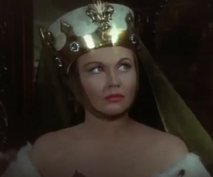 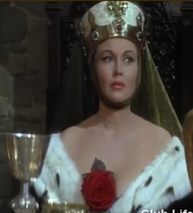 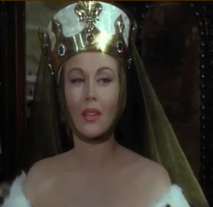 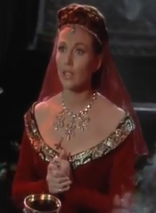 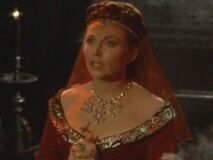 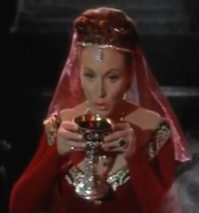 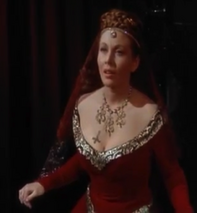 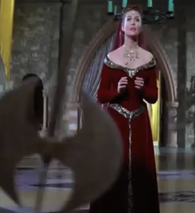 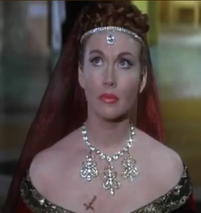 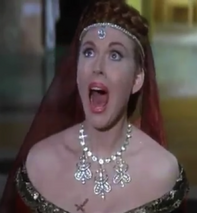 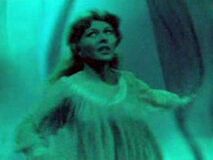 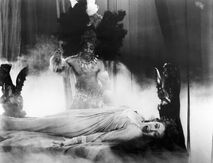 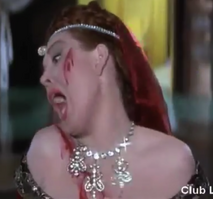 Add a photo to this gallery
Retrieved from "https://femalevillains.fandom.com/wiki/Juliana_(The_Masque_of_the_Red_Death)?oldid=183014"
Community content is available under CC-BY-SA unless otherwise noted.