Start a Wiki
watch 01:51
The Loop (TV)
Do you like this video?
Joyce Hacker (Susan Blakely) is the main villainess from "A Nest of Vipers," the eleventh season opener of Murder, She Wrote (airdate September 25, 1994).

Joyce Hacker is a scoop TV reporter who was looking to break a story regarding corruption at Los Angeles Animal Park, though this was part of her evil plan to gain the park's land. In actuality, Joyce was the owner of C&H Trust--having inherited the position from her late husband. In order to gain access to the land, Joyce was planning on getting the park shut down. She received the info regarding the wrongdoings at the park from receptionist Bea Huffington.

Joyce's former flame, Mark Atwater, discovered Joyce's plans and blackmailed her during their last encounter. To keep him from talking, Joyce set out a plan to kill Mark, beginning with entering the park's lab and acquiring enough black mamba venom to kill Mark. She later lured Mark to the lab, where she injected the venom into his neck, killing him, and then freed a snake from its cage--leaving the illusion that the snake killed Mark, not the villainess herself.

Joyce's reveal came when Bea phoned her (under Jessica's advisement) and stated that she knew about Joyce killing Mark and planned to go to the police. At that moment, the evil Joyce pointed a gun at Bea, planning to kill her as well. She was quickly stopped by Jessica Fletcher and Lt. Gabriel Caceras; the latter arresting Joyce for murder. Jessica stated that it was Joyce's past as a nurse (which Joyce herself told Jessica earlier in the episode) and her knowledge of the circumstances of Mark's death before they were revealed to the public that outed her as the killer. 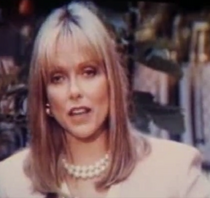 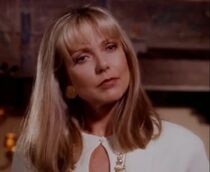 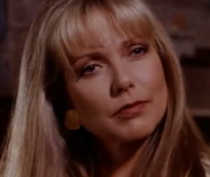 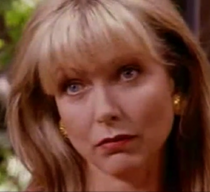 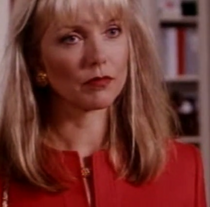 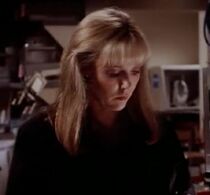 Joyce at the laboratory 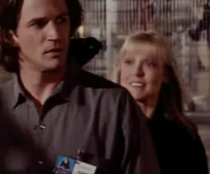 Joyce killing Mark Atwater
Add a photo to this gallery
Retrieved from "https://femalevillains.fandom.com/wiki/Joyce_Hacker_(Murder,_She_Wrote)?oldid=101109"
Community content is available under CC-BY-SA unless otherwise noted.