Start a Wiki
watch 01:48
The Loop (TV)
Do you like this video?
Jolie is a spy who tries to eliminate K.C. She is Ernie's first "girlfriend". Jolie is portrayed by Bella Thorne.

Jolie is a Russian Spy, who is probably KGB. Her cover was a student at Hamilton High School. Jolie pretended to date Ernie as a way to get close to K.C. and her family and to gather intel on them. K.C. immediately suspected her to be a spy, thinking that there was no way a girl like Jolie would date a guy like Ernie. When no one else believed her, she invited Jolie to her house, with the intent of ambushing and interrogating her. After restraining her in a chair they questioned her and later tortured her by tickling her. However Jolie was able to keep her cover up until Ernie arrived. At a barbecue with the family K.C. apologized to Jolie and Ernie about torturing her. Ernie was not convinced but Jolie mentioned that she will forgive her as she might need forgiveness as well sometime. K.C. mentioned she is perfect and then accidentally spills sauce on her shirt. Jolie lets her cover slip briefly, cursing in Russian, but pretends it was nothing. K.C. notices though, and decides to set up a trap to prove Jolie's a spy. Jolie hears K.C. talk about secret files in her locker and takes the bait. Searching her locker K.C. confronted Jolie. The two girls engaged in combat in which they ended up in the gym using decorative swords and shields and all kinds of improvised weapons to fight each other. Jolie ended up disarming K.C. and then dropped her own weapons. Pinning K.C. down Jolie prepared to finish K.C. but was knocked out when K.C. used her jewelry to spray her with a gas. K.C. was going to have her arrested, but instead decides to makes a deal with her: she is to go back to Russia and is never to terrorize her family again, and in return K.C won't have her arrested. She lies to Ernie and tells him she was offered a job at NASA.

While posing as a student Jolie acted as a friendly, highly likable and almost perfect woman who spends her free time working in the soup kitchen. However, in secret she was manipulating Ernie to get close to K.C. and her family and learn their weaknesses. Able to play her persona with near perfection, her ultimate downfall was when she slipped and cursed in Russian.

When exposed, she dropped this "do-gooder" attitude and became much more serious. This is likely because she wanted to take down K.C. for good.

Jolie is able to keep up a cover of being a friendly woman who is smart, attractive and funny, even under tickle torture. During her mission she was able to successfully gain the trust of Ernie and even the (at the time) highly paranoid K.C. Able to play her persona with near perfection she sometimes slipped and talked Russian when she got startled.

Ernie Cooper: Jolie acted as Ernie's girlfriend to get close to his family. Before she returns to Russia, she tells Ernie she was accepted into the NASA program.

K.C Cooper: Jolie attempted to defeat K.C. and her family. K.C. has her arrested, but makes a deal with Jolie and she returns to Russia promising to not trouble her family anymore. 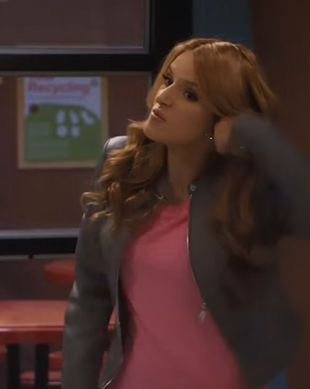 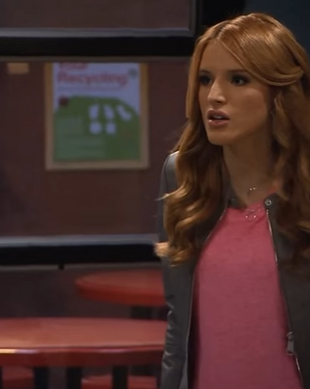 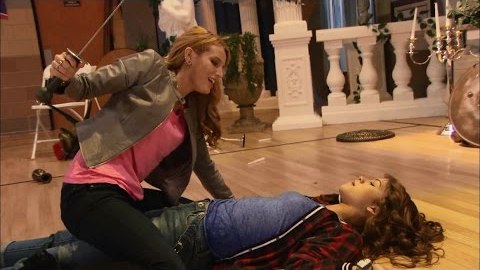 Retrieved from "https://femalevillains.fandom.com/wiki/Jolie_(K.C._Undercover)?oldid=96615"
Community content is available under CC-BY-SA unless otherwise noted.