Jo-May first appears in a surveillance film provided by Col. Campbell (Ronald Fraser) to show Fathom Harvil (Raquel Welch) the grounds that she is to infiltrate. She is dressed in a bikini and sunning herself on the patio while a helicopter approaches the grounds. Jo-May is described as a major in the Mongolian KGB, and is a spy looking for the "Fire Dragon".

Later Fathom skydives to the Villa of Jo-May's partner, Peter Merriweather (Tony Franciosa). Jo-May finds Fathom holding a murder weapon over a dead body, and accuses her of killing him. When Peter believes Fathom's story, of being blown off course in a skydive, Jo-May becomes indignant. She is already jealous of the gorgeous Fathom, and now her partner is taking her side.

Jo-May later trails Fathom throughout Malaga. Fathom later shoots Jo-May's caretaker, Mrs. Trivers, and she chases Fathom into a bullring. While Fathom attempts to escape from the bull, Jo-May makes several unsuccessful attempts of throwing a spear at Fathom.

Both Jo-May and Fathom were attempting to retrieve the "Fire Dragon". Fathom was told that it hid a device that could trigger a hydrogen bomb, while Jo-May believed it was a stolen relic from the Ming Dynasty. In the end, it turned out to be just a stolen relic, and Fathom dropped the icon piece from the air into the birthday cake of Jo-May's at the end of the film. 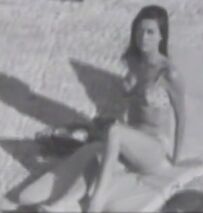 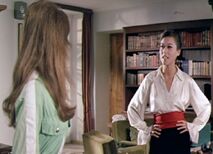 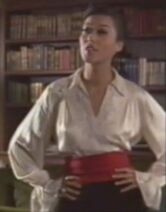 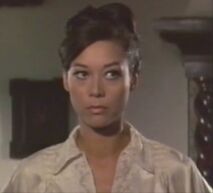 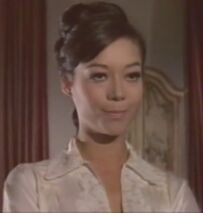 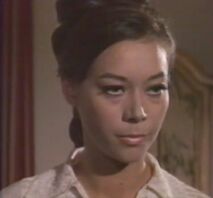 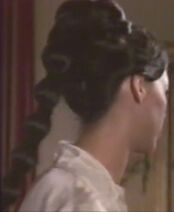 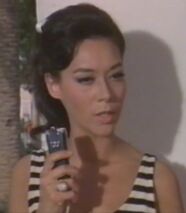 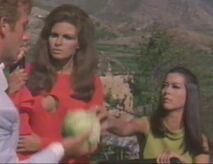 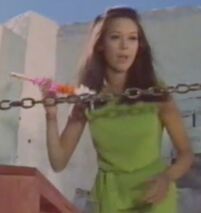 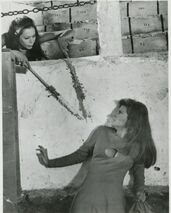 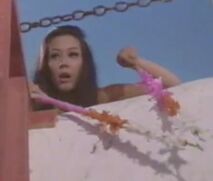 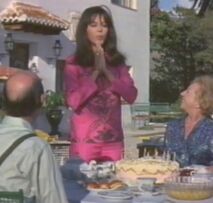 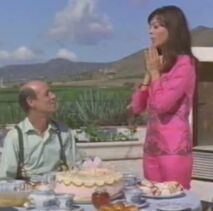 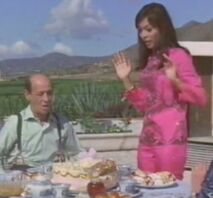 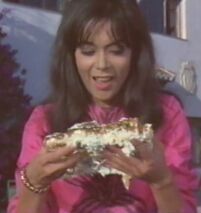 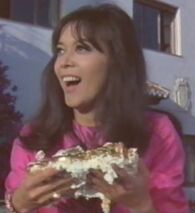 Add a photo to this gallery
Retrieved from "https://femalevillains.fandom.com/wiki/Jo-May_Soon_(Fathom)?oldid=129366"
Community content is available under CC-BY-SA unless otherwise noted.