Jezebel is the sexy and desirable trophy wife for Ezra C.V. Mildew Dezire, Jr. (Sid Caesar) who plays a decrepit industrialist. Ezra is hard of hearing and in a wheel chair, and Jezebel is sort of his caretaker. During the course of the detective, Lou Peckinpauh (Peter Falk) questioning her at their residence, Jezebel slips up and gives away the couples cover. The two are not Americans at all, and are in fact fugitives from Romania. Her husband is actually Vladimir Tserijemiwtz. Peckinpauh trips her up when she is unable to pronounce the word "baubles", which is a word for trinket or ornament. She pronounces it as "bourbles", which he mentions only Romanians pronounce that way. When she is tripped off, she knows she is caught in her lies, and becomes very irritates. She slips into a very intense Romanian accent.

Jezebel dresses extremely sexy in her gold colored V-neck gown that allowed her cleavage to spill out. Draped around her shoulders is a see through peach colored robe. She moves around the library trying to seduce the detective, giving him suggestive glances and passing notes to him.

The movie is a comedy spoof on Humphrey Bogart's movies "Casablanca" and "The Maltese Falcon". Lou, a San Francisco private detective, is attempting to clear his name from suspicion of his partner's death. Therefore he goes around trying to find clues as to who did it.

Although Ezra and Jezebel were in this country illegal and escaping from their checkered past, Lou was not interested in this information to solve his case. Therefore, he let their secret stand and moved on to his next lead. 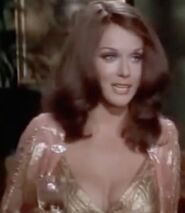 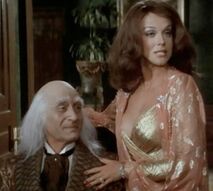 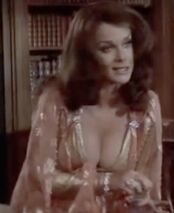 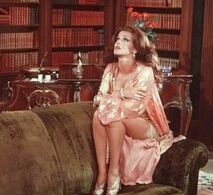 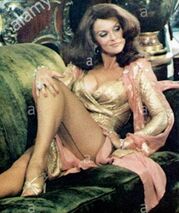 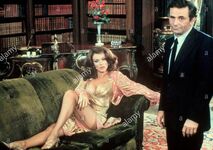 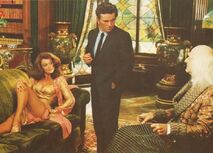 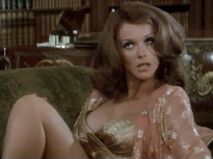 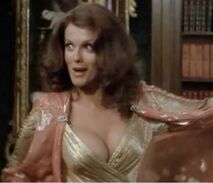 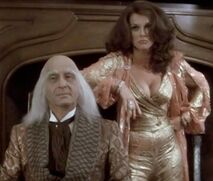 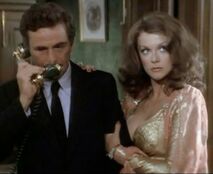 Add a photo to this gallery
Retrieved from "https://femalevillains.fandom.com/wiki/Jezebel_Dezire_(The_Cheap_Detective)?oldid=113645"
Community content is available under CC-BY-SA unless otherwise noted.