Jenny Flex (Alison Doody) was a minor villainess from the 1985 James Bond film A View To A Kill.

Jenny first appears in the film when James Bond (Roger Moore) arrives at the French chateau of Max Zorin (Christopher Walken). Bond is under the guise of "St. John Smythe, and is in the market of purchasing some horses. Jenny is a sexy horse trainer who greets him in her black and white English riding gear complete with black boots, black sports coat and white pants. After greeting him, she escorts Bond to his room. She is revealed to be a henchwoman working along with May Day (Grace Jones) for Zorin, whom she is completely devoted to. They eliminate anyone or anything that gets in their way.

Jenny is seen socializing and drinking champagne at a dinner party held by her boss, Max Zorin at the chateau. She wore a long blue gown, and is seen along with May Day and her fellow henchwoman, Pan Ho (Papillon Soo Soo).

Later, Jenny provides a distraction when Sir Godfrey Tibbett (Patrick MacNee) gets his car (Rolls Royce) washed at a filling station. Tibbett had accompanied Bond to the chateau as Bond's chauffeur. This distraction allowed May Day to enter his car unnoticed and murder him. For this scene, Jenny reappeared in her horse riding gear. Jenny is a keen horse rider and tries to kill James Bond by shooting a pistol at him. Later she pours gasoline over the floors of San Francisco City Hall while Bond is in there. Soon afterwards, Max Zorin sets the gasoline aflame by throwing a molotov cocktail down the elevator shaft as Bond and Stacey Sutton (Tanya Roberts) are inside. Jenny evacuates along with May Day, Pan Ho, and Scarpine (Patrick Bauchau).

Jenny lastly appears in a blue jumpsuit with her pistol in hand. They enter the abandoned Main Strike Mine. However, she is betrayed by her boss when he intentionally causes a small explosion which floods the mine while she and the rest of the henchwomen are still inside. Jenny and Pan Ho both drown in the tunnel and Jenny is later seen floating in the water as May Day holds onto a ladder for safety. This betrayal causes May Day to change sides and begin working with Bond to get revenge on Zorin. 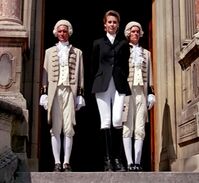 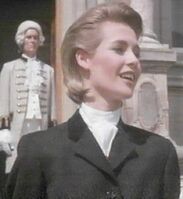 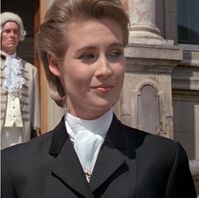 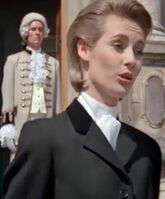 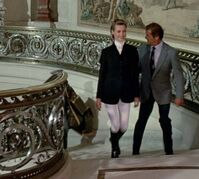 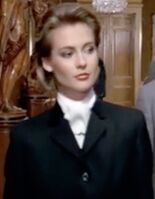 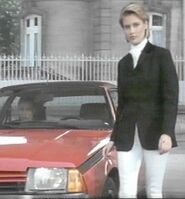 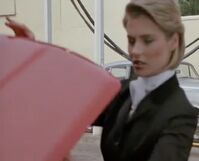 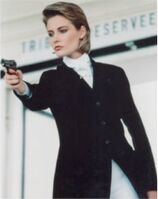 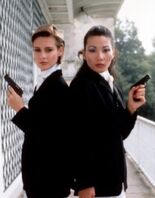 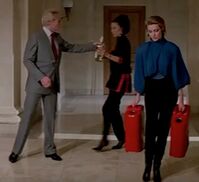 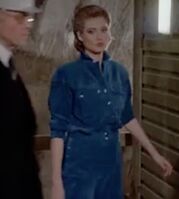 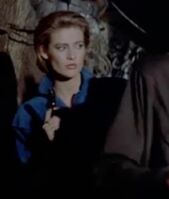 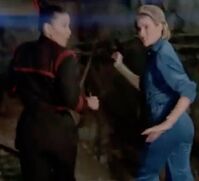 Add a photo to this gallery
</p>
Retrieved from "https://femalevillains.fandom.com/wiki/Jenny_Flex_(A_View_To_A_Kill)?oldid=133495"
Community content is available under CC-BY-SA unless otherwise noted.