Start a Wiki
watch 01:48
The Loop (TV)
Do you like this video?
Jennifer Kamplan (Sean Young) is the main protagonist and true main villainess of the 2006 Lifetime film A Job to Kill For (alternately titled The Protege; airdate June 27, 2006). She was the recently promoted head of an advertising company.

Jennifer hired a new assistant, Stacy Sherman, who possessed a hidden sinister side that manifested itself through the latter's deranged devotion to the former. In the film's climax, Stacy's obsession reached its peak when it led her to break into Jennifer's house and stab her husband Patrick in his stomach with a knife. The protagonist rushed to drive back to her residence, only to see her assistant standing next to an unconscious Patrick while she claimed that she killed him. Shortly after that, Jennifer revealed herself as a villainess by pulling out a gun from her drawer and then shooting Stacy in her right shoulder.

She then went on to explain her true game plan: her marriage was falling apart and Patrick wanted to divorce her, so manipulating the psychotic villainess into killing him would be the perfect way to end the marriage without having to give up half of what she has in said divorce. Jennifer also told Stacy about how she not only took note of her devotion to her, but that she used it to get what she wanted, concluding her brief speech by claiming that the latter always needed the former. Afterwards, the evil and greedy woman shot her assistant again—this time in her heart—killing her and cementing her reveal. Jennifer hurriedly disheveled herself and told the police that Stacy killed Patrick and came after her, which is why she had "no choice" but to shoot her dead. In the film's final twist, however, it is revealed that Jennifer's husband survived being stabbed, and the last scene showed Jennifer herself with a worried expression on her face, as her greedy plan was falling apart. Moreover, it is never revealed whether or not the protagonist was arrested offscreen for her crimes. 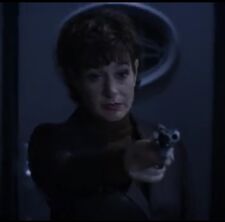 "I don’t think so." Jennifer preparing to shoot Stacy in her right shoulder 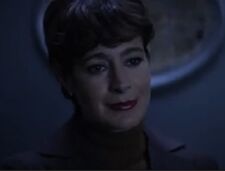 "Yeah, I know." Jennifer just before murdering Stacy
Add a photo to this gallery
Retrieved from "https://femalevillains.fandom.com/wiki/Jennifer_Kamplan_(A_Job_to_Kill_For)?oldid=173445"
Community content is available under CC-BY-SA unless otherwise noted.