Jenabell is later piloting a hovercraft and Sir Reginald Hoover (Argoman) (Roger Browne) uses his telekinetic powers to bring it ashore.  From the hovercraft emerges Jenabell, and Argoman uses his powers to have her fly through the air and land in his lap while he is by the pool.  She tells him that her name is Regina Sullivan.

The challenges her to an archery match in which if she hits a button she would be given a Rolls Royce and jewels.  She misses (on purpose) and he hits the second button, which requires her to sleep with him.  After engaging in sex, she proves to him that she was capable of hitting the button, and receives the jewels.

Inspector Lawrence (Nino Dal Fabbro) comes to Sir Reginald and tells him that the Royal Crown was returned to the Tower with a note from Jenabell, Queen of the World.  She demands "Muradoff A IV".  From photographs from the heist, Reginald recognizes Regina, and goes to Paris to find the thief.  We later learn that Muradoff A IV is a big gem with property of reflecting any sort of light and destroying molecular cohesion, rendering any material pliable.  Police believe that Jenabell wants the gem for dividing and using on international market to crush currencies.  Sir Reginald uses a ring with Geiger counter on it to find Jenabell, since she has smoked his special radioactive cigarettes.

Jenabell then robs a bank by using her cigarette with powerful gas to render the guards useless.  She then has her men load the money into a van.  Sir Reginald hides among the crates in the back of the van and defeats the robbers.

Jenabell pilots a plane and throws down French francs and threatens to use over 3 billion more unless she receives the gem.  Jenabell recognizes Sir Reginald in a police meeting to discuss terms.  Sir Reginald is blindfolded and Jenabell brings him to her base.  There, Argoman manages to escape and saves fellow hostage Samantha (Nadia Marlowa) who is being tortured for information.  Meanwhile, Jenabell gets the gem and uses it to animate androids, clones of politicians.

Sir Reginald goes to a reception at Ambassador La Bouche's, where he finds the clones with his Geiger counter ring.  Samantha marks them with glowing lipstick and Argoman kills the clones in the darkness.  Jenabell kidnaps an American General, Headwood (Tom Felleghy).

Sir Reginald arrives at her base in time to save the general from cloning, and then destorys the other clones and Jenabell's men.  In fleeing the base, it appears that He uses his telekenetic powers to throw a sharp instrument through the chest of Jenabell, but this turns out to be a clone of Jenabell.  He then shoots another one who is about to shoot him.  The real Jenabell flees with Muradoff A IV on a plane.  Argoman uses telekinetic abilities to turn the plane to the sun and the gem reflects the light, killing Jenabell in an explosion. 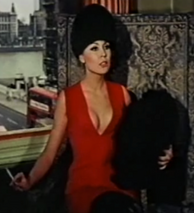 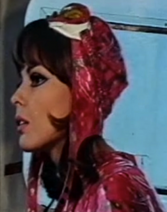 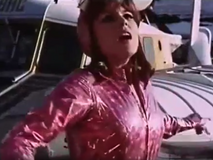 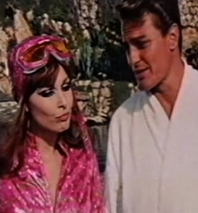 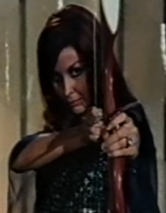 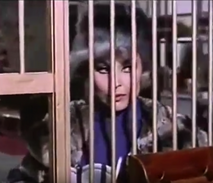 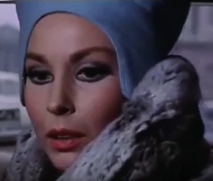 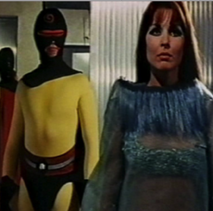 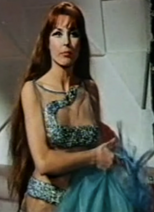 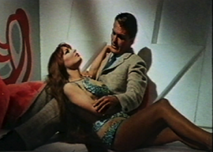 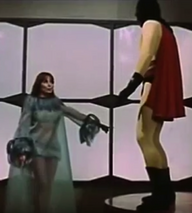 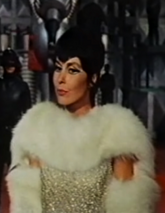 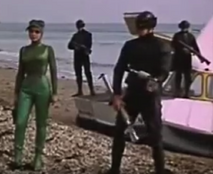 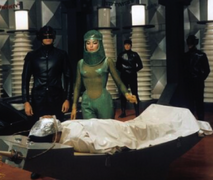 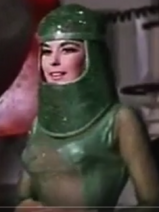 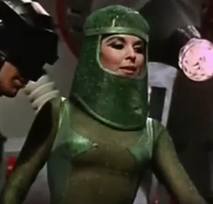 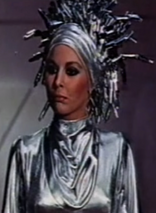 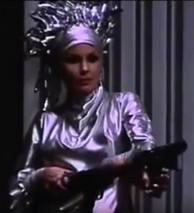 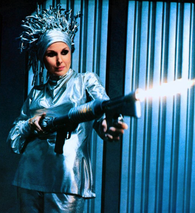 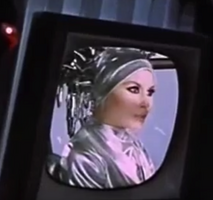 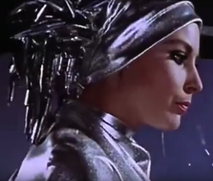 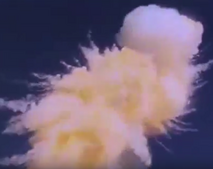 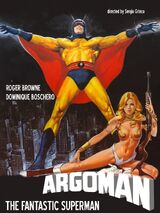 Add a photo to this gallery
Retrieved from "https://femalevillains.fandom.com/wiki/Jenabell_(Argoman_the_Fantastic_Superman)?oldid=189661"
Community content is available under CC-BY-SA unless otherwise noted.