Janice Starlin (Jennifer Rubin) was the antagonist in the 1995 Roger Corman horror film "Wasp Woman", which appeared on his Showtime series "Roger Corman Presents". It was a remake of his 1959 film "The Wasp Woman".

Janice Starlin is a model who has built up her own cosmetics firm, Starlin Cosmetics. She has been use to doing her own modeling for her advertisement but now that she has reached the age of fourty, the investors are insisting that she step aside for a younger model. The choice of the management is Caitlin (Maria Ford), a young sexy and bubbly blonde. Janice is immediately jealous of the attention she gets from Alec (Doug Wert), the photographer and the rest of the male board members.

Deperate to maintain her status she seeks the services of Dr. Eric Zinthrop (Daniel J. Travanti) who is conducting experimental treatment with a new youth serum based on wasp hormones, that he claims can turn back the clock. Dr. Zinthrop states that his formula has not been perfected for human trials, but Janice threatens to pull his funding if he doesn't.

While Caitlin is on a photo shoot modeling a thong bikini, Janice envisions Caitlin and the photographer having sex on the beach, and the two of them mocking her in the process. In reality, Janice imagined the whole thing.

After taking the formula, Janice has regained her youthful appearance, and her energy levels are that of a twenty year old. The board is impressed and she proceeds to work her way through the photographer, makeup guy and the board and teach them all a lesson. She proceeds to morph into a wasp woman. She first kills Ralph (Johnny Williams), the Zinthrop laboratory deliveryman. Then she kills the doctor. She begins to become predatory, and hunts down her employee Nick who has previously insulted her attractiveness. Janice picks Nick up at a bar and seduces him and they have sex before she transforms and kills him. In one scene, she bites her disloyal employee Arthur's private parts off after offering to fellate him.

Janice enjoys it when she can tell Caitlin that her services are no longer needed, and therefore is fired. However, Janice is still enraged with Jealousy over Caitlin, and invites her to the office for a photo shoot. While there, Janice transforms into the giant wasp and drains her blood from her body in the photographer's studio.

Next, she sees her beautiful secretary Mary Dennison (Melissa Brasselle) as a threat, when she envisions her coming onto Alec. Janice lures Mary to a cave, where she attempts to eliminate her as well. However, Alec appears and they escape from the cave and blow up the shaft with Janice inside killing her. 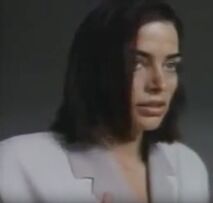 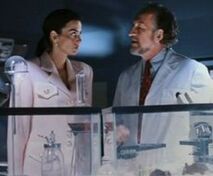 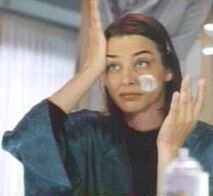 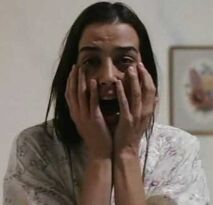 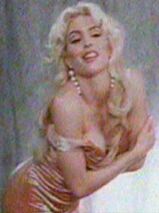 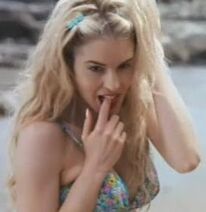 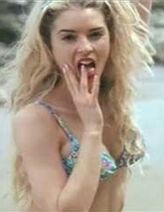 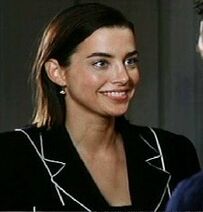 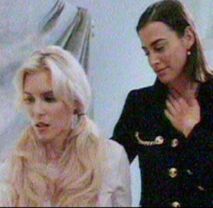 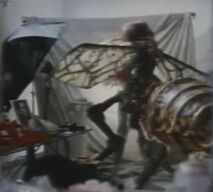 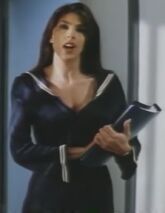 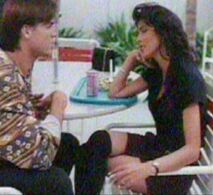 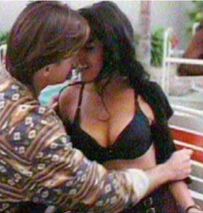 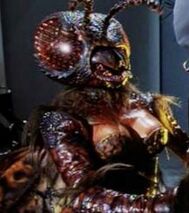 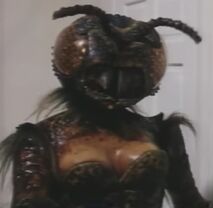 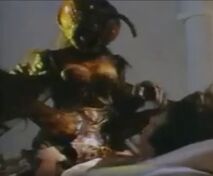 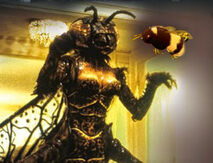 Add a photo to this gallery
Retrieved from "https://femalevillains.fandom.com/wiki/Janice_Starlin_(The_Wasp_Woman)?oldid=193959"
Community content is available under CC-BY-SA unless otherwise noted.