The short has Larry and Shemp at a Woman Haters club; each telling a story about how they were plagued by Jane. In Larry's story, Jane was wooed by him when he gave her a diamond ring, but the romance between the two ends when Jane's husband, Moe, enters and gives Jane a bigger ring, leading to Jane dumping Larry. Larry ends up assaulting Moe and taking Jane's bigger ring, claiming to be done with women for good.

In Shemp's story, he did a good deed for Jane, which ends up with his suit suffering water damage. Jane gives Shemp one of her frilly robes while his suit is being pressed, and he entertains her until Moe arrives home, after Jane deceptively told Shemp that she was separated from Moe (Jane's response to the lie: "He was away on a business trip, that's separated isn't it?"). After Moe finds Shemp's suit, he correctly suspects that Jane had another man in the house and searches for him. Jane calms Moe down, only for Shemp to escape from under Jane's bed. According to Shemp, because he was wearing Jane's robe, he was fined $50 for masquerading as a woman.

Jane's villainous antics have (apparently) led to Moe joining the club, where he again encounters Larry and Shemp, leading to a melee between the trio. After Larry and Shemp escape, they run into the villainous Jane, who had left from grocery shopping and acted elated to see the pair; acting as if she hadn't plagued them in the past. The short ends with Larry and Shemp dumping the groceries (eggs and milk, among other things) on Jane, humiliating the deceptive villainess. 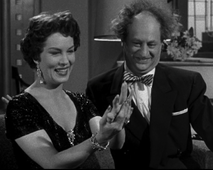 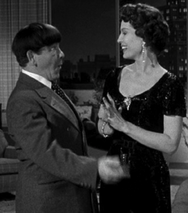 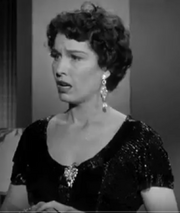 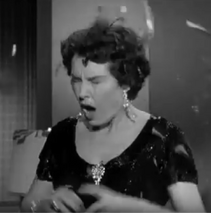 Add a photo to this gallery
Retrieved from "https://femalevillains.fandom.com/wiki/Jane_(The_Three_Stooges)?oldid=115556"
Community content is available under CC-BY-SA unless otherwise noted.