Start a Wiki
watch 01:48
The Loop (TV)
Do you like this video?
Jacinta Linares is the villainess of "In Vino Veritas", case #47 of Criminal Case: The Conspiracy, the 5th season of the crime solving game Criminal Case (release date December 6, 2018). She was a socialite and the best friend of Cora Bateman, a fellow socialite and the mother of Christian Bateman.

The player and David Jones went to Cora's villa to question Christian, who had recently received an early release from prison for the savage murder of Meera Kat and was discovered to be a member of the notorious and hegemonic group known as Ad Astra. Upon arrival, however, the detectives found Cora had been drowned in a barrel of wine, with Jacinta being questioned after her friendship with Cora was uncovered via a commemorative box in Cora's possession.

Jacinta arrived at the Bateman villa shortly after the box was found, telling the detectives how she and Cora had been close friends for forty years and expressing dismay at her murder. Later on, though, it was revealed that Cora and Jacinta were in conflict over Jacinta's mansion being displayed on the cover of House & Castle magazine rather than her villa, leaving a harsh message for Jacinta on the magazine cover. When asked about this by the detectives, Jacinta referred to her and Cora as being "frenemies" as much as they were friends and stated that Cora had a strong competitive streak, while claiming she and Cora had reconciled before her death.

The case's events, however, reveal a surprising secret about Jacinta's family: most of her family's wealth had been lost in bad investments, leading Jacinta to resort to taking multiple loans from Cora. While Cora initially had no problem with loaning Jacinta money, her intense jealousy over Jacinta's house being featured in House & Castle resulted in her demanding Jacinta to pay back all the money she'd borrowed from her. This led to an intense argument between the two women, which ended with the evil Jacinta knocking Cora out with an ashtray before drowning her in the wine barrel. Jacinta left strands of fabric from her red scarf on the lid of the wine barrel, serving as a piece of evidence among others to Jacinta's status as her former friend's killer.

When confronted by the player and David, Jacinta initially denied everything before confessing to killing Cora, revealing how she began borrowing money from her to keep up the pretense of having a rich and lavish lifestyle and claiming that Cora was (in her mind) only helping her to feel superior and that she was stronger than Cora in every aspect of life. During her trial, Jacinta responded to judge Judith Powell's inquiry regarding her method of killing Cora by stating that since Cora was so proud of her vineyard and wine (which Jacinta degraded), she deserved to die in it. After taking note of Jacinta's lack of remorse, Powell sentenced Jacinta to thirty-seven years in prison, with Jacinta bemoaning that being sent to prison would be "social suicide". 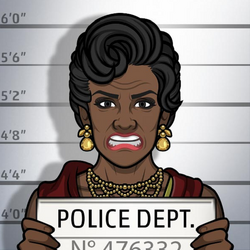 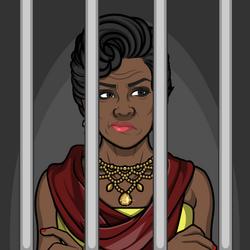 Add a photo to this gallery
Retrieved from "https://femalevillains.fandom.com/wiki/Jacinta_Linares_(Criminal_Case)?oldid=147452"
Community content is available under CC-BY-SA unless otherwise noted.